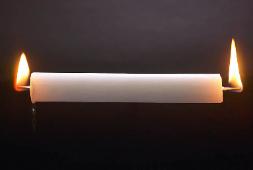 Have you ever had one of those weeks where everything that could go wrong did and there seemed to be no end to the onslaught of impending deadlines at work, and yet the demands of chores in the home remains constant? Well, that was me last week.

To top it off, Jay had drill this past weekend and will leave for a pre-deployment school on Good Friday. I am definitely burning the candle at both ends right now.

Sadly, Jay had to miss Jess’ first tee ball game this weekend. We had hoped Jay might be able to see all of his games before he leaves in June but it would appear that he will miss about half of them between drill weekends and this additional training they are sending him to.

I suppose I should simply be thankful that he will be here for any of them at all but sometimes, I can’t help but be a bit irritated that he can’t. Don’t get me wrong, I am in no way irritated with Jay, just the circumstances that so often pull us apart. I’m a big girl and when it’s all said and done I will continue to put on my big girl pants and make it work, but I am struggling to handle the little boy who is suffering some attachment issues with daddy who has to leave from time to time.

For example, when Jay has been gone for drill, Jess tends to be physically ill on the Monday Jay gets back. As young as he is, we don’t mind him spending that day at home with daddy but when he drops Jess off later that afternoon with a babysitter on his way to work Jess throws an uncontrollable fit because daddy is leaving him.

Now, its important to note that while he is just 5 and is not exempt from a small fit from time to time, they are typically small bouts of anger that subside in less than 2 minutes and then he moves on. But these fits are very different. The pain and sorrow in his little voice is nearly unbearable to listen to. It’s as though you can actually hear him saying “How could you do this to me?”

It’s heartbreaking to look into his tear-filled brown eyes and see the pain deep inside that truly is a mirror image of my own. You just want to scoop him up and tell him “it’s gonna be alright” but the minute I think it I change my mind because I refuse to promise him something I absolutely have no control over….I want it to be alright but only God knows the outcome and sometimes all the hope in the world isn’t enough to make that a true statement. Still, all I can do is hope.

Sometimes I wonder what do kids really think or know about how they feel. I know they don’t understand their emotions sometimes but I believe that they experience losses unconsciously, much like we do. I think on some level deep down inside, Jess is trying to make up for lost time.

I worry that when Jay leaves in June, he might really struggle with it. I know at his age there is little concept of time and that may work to the detriment simply because I won’t be able to give him a quantifiable time frame that he will understand so I am left with “soon”, or “before you know it”, or “in time for your birthday next year”, but in the end, what does that really mean to a 5-year-old? The raw fact of the matter is that Daddy is not here and no other fact truly matters to him. I just pray it goes quick and we will be able to see him a couple of times before he actually leaves the country in October.

Meanwhile, the National Guard has now given us an official departure date in October. This means that Jay will still leave home to attend pre-deployment training in June but will not actually leave the country until a specific date in October. However, they are being very vague as to his precise mission and location. 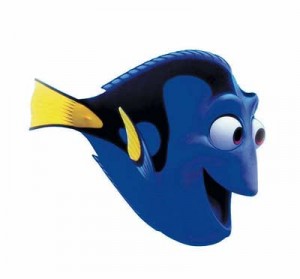 Interestingly enough, while the facts that I do have today may be absolutely correct, those very facts could change in a matter of minutes. It feels like we are clinging to a rope dangling from a helicopter circling to land, moving closer and closer to the ground just before shooting back up into the air, never actually landing.

So, in the meantime, we are living our daily lives, going to work, coming home, and enjoying the weekends as best we can in anticipation of what’s to come. One foot in front of the other, right? Yup, just keep swimming! See you next time!

P.S.– Did anyone watch Army Wives this past Sunday??? Dealing with death is never easy however it is a very real part of military life that effects everyone, not just the family. This past episode was great! I love that show!