Congratulations to Lindsey Kendrick, the lucky winner of two tickets to see Spencer’s Theatre of Illusion at Walton Arts Center tonight! She and her guest will also have dinner on us at U.S. Pizza on Dickson Street, just a few blocks down from Walton Arts Center.

After the week Lindsey had, she was glad to hear some good news! Her son broke his arm and then they were in a traffic accident Wednesday on her daughter’s first birthday. Their van was totaled. In a comment sent to the mamas e-mail, Lindsey said she’d wave her magic wand and have everyone become Christians. “There’s nothing better or more important than that!” she said.

If you missed the original giveaway post, CLICK HERE to go see what other local moms would wish for if they had a magic wand. 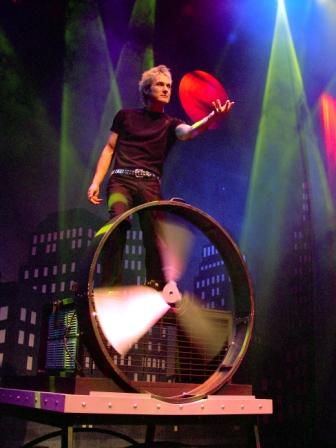 About the show: Award-winning magicians Kevin and Cindy Spencer will levitate, walk through walls, vanish and reappear on stage. The show combines scenery, music, lighting, special effects, audience interaction and cutting-edge illusions to produce a powerful theatrical experience. This magical duo can take audience members across a range of emotions — from comedy to edge-of-your-seat drama.

The Spencers are the only artists in history to be named “Performing Arts Entertainers of the Year” for a record-breaking six consecutive years, having also been named “America’s Best Entertainers” twice. They work with some of the leading inventors, creators and builders in the industry to incorporate never-before-seen illusions into their show. (Click on the photo to go to the Walton Arts Center website for more info and to see a preview video clip from the show.)