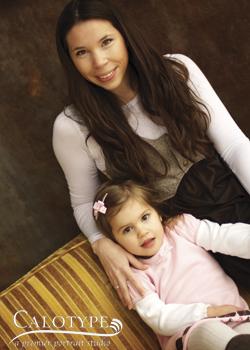 It wasn’t until the day that Ava, now 2 1/2, was born did I truly understood the meaning of the “first day of the rest of your life.” I had now entered the 4th trimester.

Becoming a parent was such an amazing transformation. It’s easy to say that it was the most wonderful thing that ever happened to me, and it was, but it was also the most difficult thing that I had ever gone through.

When I was pregnant everyone only told me how great it was going to be. No one ever felt inclined to share the reality of a newborn. I am not denying that I fell in love with her instantly but I just wish someone had told me that the first three months were going to be a very realistic nightmare in the sense that you are half asleep the whole time, everything is new and strange, and there is a small creature that shoots goo out of every orifice and constantly screams at you.

Once I realized that I had survived the newborn stage, not to mention that Ava survived me, I thought that I could never go through it again. The past few months I have been bitten hard by the “baby bug.” It seems like everyone I come into contact with is either pregnant or with a newborn. All of a sudden my “I’m fine with 1,” has gone out the window and I am ready to add to our family again. Before looking forward to the future I thought I would take a moment to take a look back.

06/28/06
When I heard her first cry and felt her new, soft skin on my chest, I knew that from this moment on nothing would ever be the same again. What I didn’t know was that every moment of every day for the next year was going to be the most intense 365 days of my life. Each day would be full of extreme joy, exhaustion, bewilderment, and an overwhelming sense of accomplishment.

Nothing about parenthood can be 100% pre-planned and no human being can be 100% prepared. This leaves a lot of room for mystery, drama, and weekly visits to the pediatrician when you feel like your baby is the only one to ever poop that color or cry that much.

It isn’t until the doctor asks your husband if he would like to cut the umbilical cord does the real work begin. This was the cord that nature used to link you and your baby, allowing feedings to be automatic, diaper changes to be unnecessary, and cries to be unheard by human ears. This cord symbolized hands free parenting. The ability to be “parents” without actually having to do all the work… but now the cord had been cut.

It was when we unloaded the car with all our goodies from the hospital that the first of many overwhelming hormonal shifts filled my body with anxiety and my eyes with tears. “What had I done? I can’t really be a mommy.” Everything was fine when the car seat and swing held teddy bears as stand ins for the real thing, but now there was a real, live baby that had needs and wants and a scream that could break down even the strongest will. She was my responsibility, and I feared I would never learn to decode all the mystery locked inside her.

After a few deep breaths, and a couple Ibuprofen (oh how I had missed that medicine when I was pregnant – Tylenol has nothing on Ibuprofen)… I was ready to accept my mission as a parent.

The first few months were pretty uneventful.  That is unless you count the battle with jaundice, the circus of family that paraded in and out 24 hours a day, the choking and gagging caused by acid reflux, the infamous evenings with our loving baby’s evil side, Colicky Ava, and the struggle with spit up that later would be linked to a milk allergy. Yep. We were naïve. The first few months weren’t quite as easy as we had imagined.

Sleep. Oh, how I missed my sleep during the first few weeks. Sure, my sleep had been interrupted many times throughout the night in the late months of pregnancy, but nothing like it was now. Before, I was up and down in a matter of minutes and back to sleep before my pillow even knew I was gone. Now, I was up every hour on the hour, and there was no snooze button on little Miss Ava. Instead, with each waking I was put through a rigorous routine of feeding, changing, rocking, walking, and singing. If I chose the right combination I was given another hour of sleep, if not, I was forced to start over or surrender and whisper to my husband, in between yawns, “your turn.”

Before Ava’s arrival we bought a new, beautiful cradle that both rocked and glided  and a top of the line convertible crib with the most adorable bedding on the market. We thought we had night time all figured out. We were wrong. Ava did not like the cradle and she definitely did not like the crib. So, we tried again and bought every sleeping contraption on the Internet. Our final purchase was a hammock, yes, a baby hammock that hung from a metal pole next to our bed and could be bounced all night long if need be.

While it made for a few cute pictures, it only lasted half a night before our baby resumed her rightful place in between my husband and I with all pillows and blankets removed, and each of us locked in a “don’t squish the baby” position.

Ironically, the day after we shipped the hammock back we decided to make one final attempt at the crib. She loved it! After all of the hurdles had been jumped over, she was satisfied, and at 8 weeks old Ava slept through the night for the first time cuddled up in her own little bed, the most beautiful baby I had ever laid my eyes on. The next morning all of the frustration and feelings of helplessness faded into oblivion. All was right in the world because Ava was in it. I wouldn’t wish a day of it away.

The end of the grueling fourth trimester for me was marked by Ava’s first smile. Finally, I started to feel like I wasn’t doing such a bad job after all. The first few months are like a test of wills and she was not backing down. I quickly learned that she was not as patient with me as I had expected by the way we had talked while she lived nestled in my growing belly. Instead she was a strong little soul who was putting me and my husband on the ride of our lives.  This was an intense lifelong job interview and the first smile meant that I had passed; I had been given permission to enter the next phase.

Thanks to Kimberly for this guest post! Pick up Peekaboo Magazine all around town or check out the website HERE.