22 And according to the law almost all things are purified with blood, and without shedding of blood there is no remission.

Today we continue on in our series of (partial) explanations of why the Old Testament seems so gory and brutal, especially in comparison to the New Testament. Since I’ve been working on this series, I’ve discovered something about the nature of writing. When you write about something, especially to try to explain answer a question, it takes a lot of thought. And as you think through a problem to write about it, you realize things that never occurred to you before.

The “brutality” of the Old Testament is caused because of the nature of rules that are unchanging and unchangeable. We readily accept those kinds of rules in everyday life;  none of us would touch a hot stove and expect not to be burned. But we’re slower to accept that there are spiritual laws that cannot be changed. 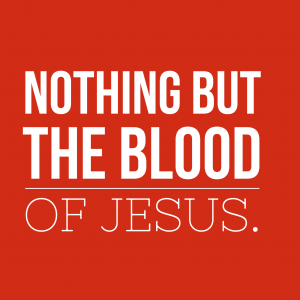 But, in reality, there are immutable spiritual laws. And one of them is this: “Without the shedding of blood there is no forgiveness of sin.”

Without the shedding of blood, there is no remission of sin. It simply isn’t possible. For sin to be forgiven, something must die. That’s just the way God’s universe works.

Have you ever stopped to think how much of the Old Testament deals with instructions for the blood sacrifice of live animals? Because it’s on the printed page, it somehow loses the realism and horror involved. It is one thing to READ of the cutting of the throat of a baby lamb in Leviticus; it would be quite another thing if you were required to do the same action to a little puppy or your own kitten. Yet, every Passover, millions of innocent lambs were slain—all because there is no forgiveness without the shedding of blood.

Today’s lesson is probably one of the most important ones we can ever learn. It affects us on an everyday basis. God sacrificed His Son for us that we might have remission of sins—and so that the animal sacrifices could cease once and for all. We should love our Heavenly Father for what He has done for us. And we should never explain away the seriousness of our sins, but instead we should repent of our sins and strive to forsake them. They could only be forgiven by the shedding of blood. 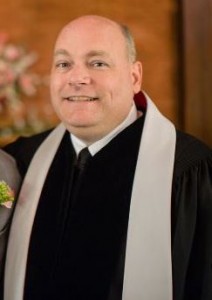 Dr. John L. Cash is the “Country Preacher Dad.” He was raised in Stuttgart, Arkansas, and has spent the last 29 years being a country preacher in the piney woods five miles south of the little town of Hickory, Mississippi. (On week days has a desk-job at a public school, where he used to teach Latin on closed-circuit-television.) He and his lovely wife, Susan, live in the parsonage next door to the Antioch Christian Church (where the preacher got a good report from his screening colonoscopy.) Their kids include Spencer (age 24), his wife Madeline (age 24), and Seth (age 20).