By Kim Blakely, mama to two 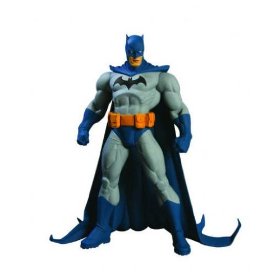 Watching my superhero-crazed Mojo crashing his action figures into tables, cars and each other makes me cringe.

Fighting is just not my thing.

He asks me to play sometimes, and I tell him so.

And I try to change the tone, making whatever character he has thrust at me say, “I don’t like to fight. I want to talk to you. Can we go have a snack? I just want a cookie.”

Sometimes he falls for it, and when he does, our game can go on for a good while.

Sometimes he doesn’t, and I make some excuse about going to do some work or starting a load of laundry or using the bathroom and I escape.

It particularly bothers me when one of the female superheroes gets involved, which admittedly is not often because, for whatever reason, Mojo doesn’t like them. He only has a couple, and they came in sets with the more macho figures, which he does like, and when I ask him why he doesn’t like them he says it’s their hair or their shirt or some other random physical feature.

But on the rare occasion they do get involved, they fight with the men. And they lose. (They’re not his favorites – his favorites win. That makes sense.)

It’s that just about any show of violence in men makes me uncomfortable.

I am a girl and I was hit by a man – I was a victim of domestic violence, a battered wife – and I don’t want him to think it’s OK for boys to hit girls.

It’s my hang-up and I don’t want to make it his, but it does hang there and I guess I want him to learn from it.

I don’t think he will grow up to be an abuser – he hardly seems the type, and he has never seen or been a victim of abuse in his whole little life. (All this happened before I met Mojo’s father, my husband – before Mojo was even thought of.)

But, I remind myself, I am raising a man, and I want him to be a responsible man. He might encounter it someday and I think it would make me proud if he said or did something to stop it, if he could.

Or maybe I just want him to understand it, to know that women who are abused aren’t weak or bad. That it doesn’t only happen in a certain demographic. That it might change women but that it doesn’t have to define them.

Few people knew what was happening to me, and I eventually said and did something to stop it myself. I left and I lived to tell about it. But I wish someone – anyone – had said or done something earlier to remind me that it was not OK, that I wasn’t imagining it or being overly dramatic about it or bringing it on myself.

I don’t talk about that part of my life often, but it has made me who I am.

I have shared my experience a few times with people I thought needed to hear it.

Mojo, for now, does not need to hear it.