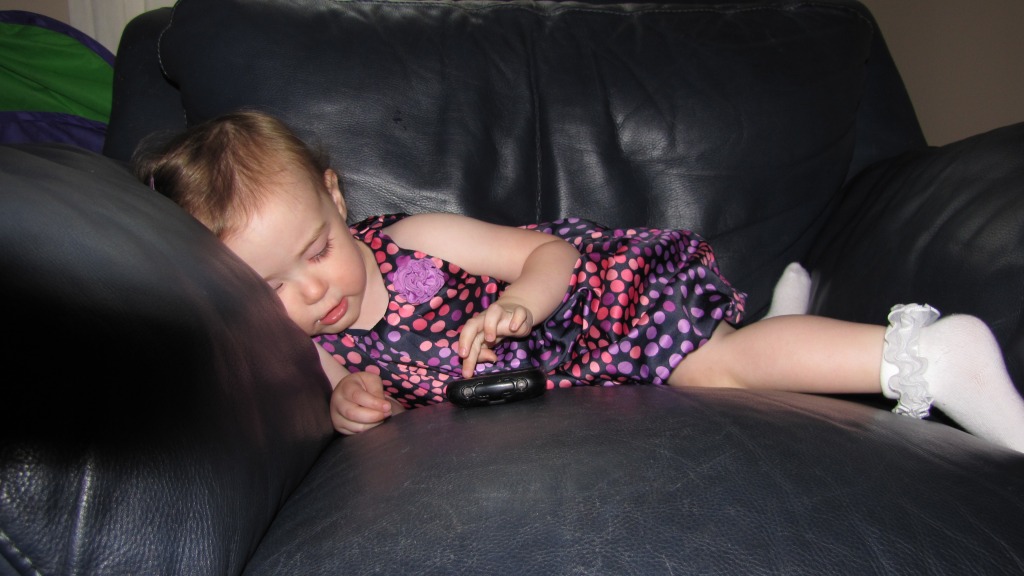 Moxie turned 2 last week, and because those kinds of birthdays tend to have special meaning for those of us who have birthed, I spent a few quiet moments contemplating.

I still remember vividly how I longed to have a baby during the more than 2 ½ years my husband and I tried to make that happen, and in hindsight I wonder if I might have been still under an umbrella of shock when Moxie was born.  I was thrilled to meet her, of course – but I felt sort of slightly distanced from the whole experience, if that makes any sense.

When I look at pictures of Moxie as a baby, I can recall a few of the memories behind the shots, but several of them just leave me blank. I know I was there, because I either took the pictures (in most cases) or I’m in them (there are blessedly fewer of those).

Or maybe … Is it normal for the infancy of a second child to be a blur?

Either way, the memories of Moxie from the last year and a half or so are solidly ingrained in my brain, and I am here to tell you she fully lives up to her pseudonym. I know you’re not supposed to compare your children but there are some things about mine that are so glaringly different that it’s impossible for even the mailman not to notice.

Mojo is a fairly mild-mannered kid – for the first three years of his life he wouldn’t even have considered lifting a hand against another kid, even in defense. (Believe me, there were plenty of times I wished he would.) Moxie, on the other hand, is wont to haul off and slug her brother before he can bat his long dark eyelashes. She got so mad at him a couple of weeks ago when he wouldn’t let her have a turn on his little plastic keyboard fast enough that she POKED HIM IN THE EYE! He’s pretty good-natured about it at least, usually just telling her to stop without reciprocating and even encouraging her to show off her eagerness to pull his hair as he stands in line to leave his kindergarten classroom.

He’s still fairly cautious about things that might lead to injury. Hang upside down from the monkey bars? No thank you, he would say. Jump off the swings? Even go down the big tunnel slide at the park? Uh uh. Those big inflatable bounce houses? Oh, heck no.  But Moxie squeals that she wants to “nump” (that’s Moxie-talk for “jump”) every time we see one – even if it’s on the side of the highway we’re zooming down on our way to parts unknown. We cannot get her out of these things, though, so she’s only allowed in when we have lots of time on our hands. She also went down the 5-foot tunnel slide at the little pool 45 bazilliion times last weekend, and then begged to go down the BIG tunnel slide. She cried when she only got three turns there before we told her it was time to go home.

Mojo remains shy, though not as markedly so as when he was younger. “In the old times” as he likes to refer to anything that happened pre-2009, he would cry if the checker at the grocery store so much as said hello to him. Moxie? She would race down the hill to meet the mailman if I would let her. She wouldn’t want him to so much as shake her hand, of course, but that wouldn’t stop her from belting out a greeting. 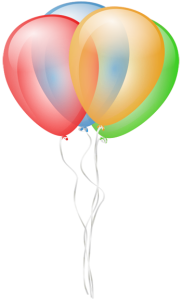 One more thing (although there are many): Mojo is and always has been a homebody. It has always been a challenge to get him dressed and out the door to go anywhere. Even the park. Or the zoo. Or the pool!  Moxie, in contrast, wakes up in the morning asking for a new diaper, a dress and her shoes. (I’ve wondered off and on if she’s a follower of the Flylady, who urges who Flybabies to get “dressed to the laces” every morning.) Just now, she woke up from her nap, came downstairs and put on shoes – her brother’s hightops, but still – and she wanted them tied. She’s clomping around in them and has clearly made a pass through the playroom, where she bedecked herself with four strands of brightly colored plastic beads. Any minute now she’ll ask, “Where are we going?”

On that note, I suppose I should close my laptop, which Mojo has long understood was off-limits but which Moxie likes to pound and attempt to plug things into – like headphones and, um, markers.

I guess the point of all this is that although those early memories may be foggy, the fact that my kids are so different will make it easy to distinguish which remember-when-you-did-that stories belong to each  one. That’s a good thing. And so is making the memories in the first place.

Kim Blakely is mom to a 2-year-old  girl “Moxie” and 5-year-old boy “Mojo”. She’s also a freelance writer who works from home.  To read previous All Akimbo posts, click here!