Summer is all about having fun, so if you suggest to your kiddo that they consider reading a nonfiction book in the hammock or by the pool, you may just get the stink eye.

But speaking of stink, the You Wouldn’t Want To series is a great way to sneak a little information into young brains so they don’t soften and ooze over the summertime like an ice cream cone dropped on the pavement. Because while your kid learns about science and history, they’ll ooh, ahh, eww and ick over the disgusting and unpleasant details that the other books leave out. 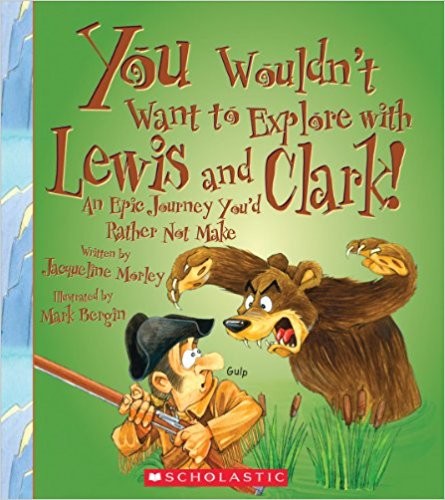 ♦ Kids can learn such tidbits as 18th century dinner guests passing around a chamber pot under the table to relieve themselves while continuing at their meal.

♦ Oh, and wombats leave cube-shaped poop to mark their territory because, duh, round poop would roll away.

♦ Wait, here’s another: the basic diet of Roman soldiers included hard dry bread with lard, washed down with vinegar.

With apologies to Stephen King, who needs a pie-eating contest story when you have gems like these to swap around a campfire? 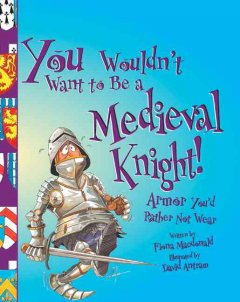 Fayetteville Public Library has nearly 40 volumes from the series, covering everything from ancient civilizations and major historical events to scientific discoveries and the invention of modern conveniences.

The layout features bright colors and an entertaining mix of goofy cartoon illustrations and conversational nuggets of information written in the second person perspective. They’re just perfect for browsing – and sharing from the back seat of the car on the way to the Grand Canyon.

Because don’t you want to hear all about Incan mummies having their dried bodies wrapped in cloth with their knees drawn up so they’re more easily balanced on their thrones while you drive across Texas and New Mexico?

Here’s a sampling of other volumes we have in the FPL collection:

Click here for more book ideas for your kids to enjoy this summer! And don’t forget to sign up here for the Summer Reading Program (for kids, teens and adults)!

Alyson Low has been at FPL long enough that some of her first story time kids are now taller than she is. This makes her happy. And old. She looks forward to looking through every single new book that arrives for her nonfiction collection. And she managed to incorporate two of her great loves – animals and writing – into her job, as she coordinates both the Sit Stay Read and Cat Tales literacy programs and teaches creative writing for kids and teens. She’s a lucky gal.