My stepson crossed over into true teenage life as quickly as an eyeroll.

One minute my husband and I were tolerable presences in his life, and the next we were nuisances—hardly worth the effort to signal having heard us, let alone answer.

Now I’m beginning to understand the mental exhaustion that other people tried to relay to me in their bleak, vague sentiments of, “Oh, he’s 15? Good luck! You’ll see.”

Sure, we all dread this stage, but I felt a very particular grief at its beginning that may be unique to stepparents.

I didn’t get to be here for Jackson’s baby through early elementary years. I came into his life when he was 8, and time has flown in a way I didn’t even remotely expect. Now he’s just a few birthdays away from going to college, to being out on his own.

With just a few more years to watch him grow up, I was desperate to find a new way to connect with him in this new stage. I knew it could be uncomfortable and my attempts might fail, but I was OK with that.

I hit the trails with him while he trained for his cross-country meets. And tried to keep up with his newest interest, D&D. But it wasn’t until I asked him to bake something with me that we really hit our new stride in this phase.

At first, we did it as a way for him to contribute on special occasions. 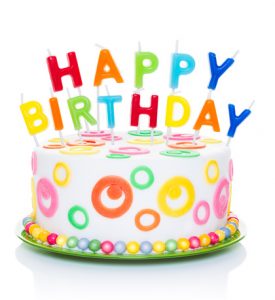 On his dad’s birthday, I asked Jackson if he’d like to make him a cake instead of having me buy something and blindly sticking his name on it. He seemed into the idea, but had no experience making food beyond buttering his own PB&Js, so I started him off with a box mix.

It was easy, quick, fun and gave him this sense of ownership and pride to present his dad with something entirely of his making beyond the typical hand-drawn card.

We did it again on Mother’s Day, making up a box mix cake and decorating it with sugar pearls for his mom, with great success. It made Jack happy to have something to offer that was all his own, and he was so receptive to the process, actually listening and asking me questions.

I decided to take it, knowing I wouldn’t be stepping on any toes since Jack’s mom doesn’t cook much and my husband didn’t have as much time to show him this particular skill. They were teaching him other things, and I could have this to myself.

What better time than when he’s itching for more independence, but not quite driving and not quite old enough for an after school job?

Jack proudly presented my husband with a homemade meatloaf for his next birthday, and quickly picked up our fast winter favorites like chilli, vegetable beef soup, stuffed bell peppers and spaghetti. While he was gaining confidence in his own abilities to mix, follow directions, dice and saute, I was sneakily getting time with him.

Cooking together gives us something to talk about without the guilt or pressure of asking about friends, school life or worse in his eyes, potential girlfriends and other, more personal things. And it gives us something to comfortably do in the silences, the in between spaces. It gives me hope that we’re staying connected in a way that works for us both.

That was my only goal at first, but the more he did it and enjoyed it, the more confident I became that he wouldn’t go hungry (or more likely exist on frozen burritos and Hot Pockets) when we drop him off at his dorm or first apartment.

I moved him on to the next level of cooking skills, like how to tell when your meat or produce has gone bad, which knives to use based on what you’re cutting and how to use something as old-school as a cookbook (an ancient relic, apparently). 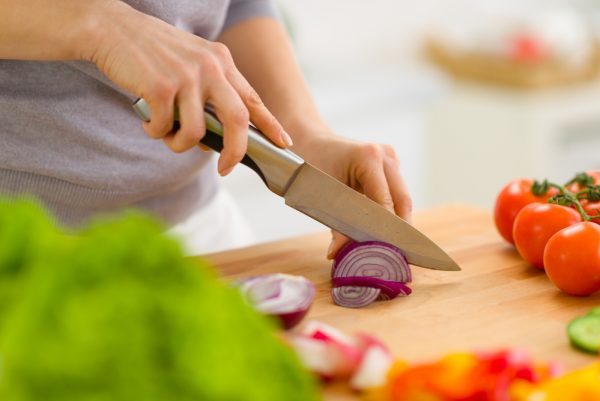 It’s given me joy to see Jackson take off with it all, hearing back from his mom that he made scrambled eggs of his own accord at her house after I showed him earlier in the week. To watch him peek over his dad’s shoulder while he’s grilling and to see the look of pleasant surprise on his other family members’ faces when they realize how much more he’s doing on his own.

My challenge these days is to keep it interesting enough for our fast learner.

I take comfort knowing that he’s not just learning the terms (burner, broil, bias slicing, etc), a surface level skill, but that he’s getting comfortable, truly finding his way around the kitchen.

I’ve begun to include the peripheral lessons that come with cooking: taking turns regularly to put clean dishes away, coming up with a meal plan on his own and finding the recipe, and doing all the clean up/sanitizing after dinner at least once a week.

We’ve both had our learning curves. I try to avoid teaching him on a night when he’d rather be gaming with his friends online, (“Not now, I’m busy,” he once told me,) and he’s expected to eat well throughout the day so I don’t have to endure a meal-making session with a hangry teenager.

It’s not been perfect, but it has been great and well worth it.

Jack’s really taking off now, happily making bean burritos (a perennial favorite of his) and recreating more difficult meals like chicken Alfredo when he returns to his mom’s house later that week.

It connects the two of us, sure, but as he shares it with his other family it connects him even more to his mom, stepdad and step-brothers, too, as they marvel at his new hobby and enjoy the fruits of his labor. It makes me glad for how it helps round out his life at this particular moment, hopefully helping him feel like a more integral part of both households rather than feeling left somewhere between the two. 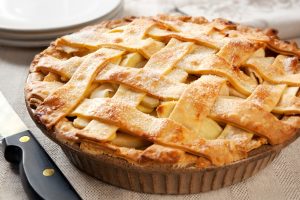 As I fill his first homemade cookbook full of recipes special to me—my mother’s apple pie, a pumpkin roll by old Mary from my parent’s church, my favorite professor’s Italian grandmother’s marinara sauce—I’m finding connections to the ones that are meaningful to him, too. I call his grandma for a recipe he’s always enjoyed, and learn what else he likes and why.

I would never know these things if we hadn’t taken a chance to try this out with each other, and I’m glad for it.

Next we’ll face meal planning for more than one meal at a time, how to grocery shop during a pandemic and how to organize your refrigerator.

I know that at this stage, it is infinitely more meaningful to me to share this with him, as I’m sure he could take it or leave it. But I hope he’ll rely on these practical skills and call me when he’s trying to remember something about a meal he wants to make again.

And one day, when the hormonal blur of his teenage years are far behind him, I hope he understands the underlying reason I did all this: I love him and show it through food, just like many other mamas do.