I don’t know about you, but any time I’m facing something new in my life, my instinct is to read up on it, to do my research.

During my first pregnancy, I took this to the extreme. I hardly touched any books that weren’t informative about pregnancy, childbirth and breastfeeding.

That got old quick.

I meant well. My philosophy was that it was better to know as much as possible as soon as possible, since there would be plenty of learning on-the-fly after the baby arrived. I wanted to get the basics out of the way. Better to use those middle-of-the-night phone calls to trusted family/friends and doctor’s visits wisely, I thought.

And truly, I don’t regret having read them any of them at all.

Here are my quick reviews:

What to Expect When You’re Expecting by Heidi Murkoff and Sharon Mazel definitely has its uses, even though I grew to despise its attempt at humor and some phrases that felt truly condescending. It’s always nice to have a month by month reference—even if it was not perfect and left out a lot.

Ina May’s Guide to Childbirth by Ina May Gaskin is full of positive affirmation and uplifting birth stories, and it was a comforting read full of optimism for the natural childbirth experience. Natural Childbirth the Bradley Way by Susan McCutcheon helped give me and my husband more step-by-step guides and practices to use than Ina May’s Guide. It left me feeling more realistically prepared for the experience.

I will say that in the end I didn’t get to use many of Ina May’s suggested techniques or much of anything from the Bradley Way, since our baby was low on oxygen near the birth, giving the OB the need to monitor him constantly. 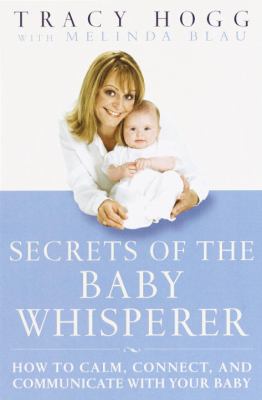 Secrets of the Baby Whisperer: How to Calm, Connect and Communicate with Your Baby by Melinda Blau and Tracy Hogg gave me a better sense of the big picture for once the baby arrives. I would never endorse just one method of teaching about dealing with babies or children, especially one that strongly endorses a strict schedule or just one way of doing things, as this one tends to do. So I took all of its advice with the same attitude. It was there to give me some context, something to aspire to and  prepare me in a general sense by giving me things to try first.

I took The Womanly Art of Breastfeeding by Diana West and Teresa Pitman in much the same way. I did not appreciate its insistence that you should breastfeed as long as possible no matter what the personal cost or circumstances, because I knew that’s not realistic for most women, myself included. I knew, for instance, that I would want to stop breastfeeding between 12-18 months—if I could even make it that long. I also felt uncomfortable knowing that other women would feel judgment just reading it, as I did. I knew that some of it would work for me and other parts would not, but again, it was just great to have a reference. It became something I consulted throughout various challenges in our breastfeeding journey and it was genuinely helpful in many ways.

I bought William Sears’ The Baby Book: Everything You Need to Know About Your Baby From Birth to Age Two; Taking Care of Your Child: A Parents Illustrated Guide to Complete Medical Care by Robert Pantell and James Fries; as well as What to Expect The First Year by Heidi Murkoff and put them within arm’s reach in our bedroom. Each of them soothed worries by answering some pressing questions and saving us some extra trips to the doctor.

The downside of reading all this was that it left me feeling stressed out, tired, overwhelmed and yet with a nagging suspicion that something was missing.

Where were the candid accounts from women who had gone before me in this process? Surely other people found this whole pregnancy thing at times infuriating, baffling, nearly impossible and undeniably hilarious.

Those women are out there, and reading them will give you the pick-me-up that you need in this confusing, stressful time.

I’ll tell you about a few:

She tells you, the way a girlfriend would over cocktails, all the bizarre and gross things that you’ve never heard of, either because the medical language for it is confusing and your doctor doesn’t take time to slow down and explain it better; your friends are too polite to mention it, or they don’t want to scare you away from the experience altogether by sharing too much. These have so many laugh-out-loud moments that I’m sure the strangers next to me on the elliptical (while I was reading it on my Kindle app) thought I was a little nuts. McCarthy has also written about her experience beyond the early stages of motherhood, including the process of her son being diagnosed with Autism, and how they adjusted to life after that. 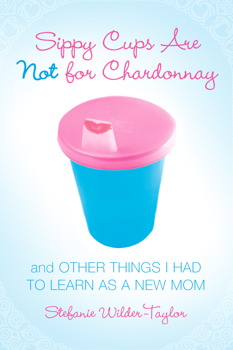 Sippy Cups Are Not For Chardonnay: And Other Things I Had to Learn as a New Mom by Stefanie Wilder-Taylor struck me as trying a little harder than the McCarthy books to be funny, but it still won me over. Stefanie is relatable as a narrator, and really that’s all I look for in this style of book. She too entered motherhood with a strong skepticism of Mommy & Me groups. She too struggled in the first year to wear something other than sweatpants and spend anything less than a full day for a single outing like grocery shopping. Reading this reminds me that I’m not alone. Word of warning to those with a preference for no cussing: this book uses salty language.

I Just Want to Pee Alone: A Collection of Humorous Essays by Mom Bloggers is all over the place because each essay is written by a different person. Some have experience writing and some do not, but each one has a good sense of humor about this parenting thing and doesn’t take themselves too seriously. The essays are hilarious and brief, making it easy to sneak in one or two when your little one is down for a nap (if he got a nap today). If you enjoy this book, you’d definitely like People I Want to Punch In The Throat by Jen Mann, who organized the I Just Want to Pee Alone collection and its sequel. This one made me snort laugh more than once, and it too has salty language.

Mother, Can You Not? by Kate Siegel is a funny play-by-play of what happens when her mother takes the responsibility to provide her with the best opportunities too far over and over again. The absurd measures her mother goes through and awkward situations she puts Kate in are not always relatable because they are so, so extreme, but they kept me laughing because I understand the impulse to provide the best for your kid at all costs. This mother-daughter duo is now a famous pair, known mostly for their Instagram account @Crazyjewishmom and they host an advice column through live videos. 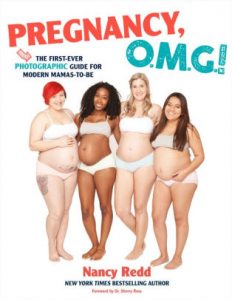 Pregnancy, OMG!: The First-Ever Photographic Guide for Modern Mamas To Be by Nancy Redd is a great combination of information, humor and differing perspectives of motherhood. Redd wrote the book with the premise of offering everything that What to Expect When You’re Expecting left out. It’s organized by areas of the body and symptoms, rather than a timeline that may or may not sync up to what you’re experiencing at those times. What I loved most about this book was that it uses simple language in a non-judgmental narrative. Some of my favorites include the suggestion to “put your head between your knees, or chin in your boobs, depending on how pregnant you are” to mitigate dizziness; and that “it’s normal to just want to binge watch Netflix” during periods of fatigue.

You know how it can be hard to tell what’s happening to your body sometimes because you’ve never experienced it, and therefore never seen it? This is a great way to see and understand it, then have the right words to use for your spouse/doctor/interested party and get some help for managing them. It’s a great way to know what’s normal, and to feel better about yourself because the things happening to you have happened to other women, too. This book gets extra kudos from me for including information, guidance and support for women facing the choice of leaving an abusive partner during what’s already one of the most wildly emotional times of her life. 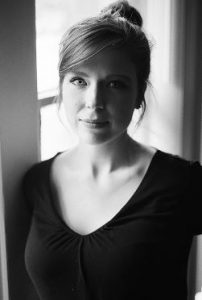