On Tuesday, January 24th at 7 p.m., the Rogers Public Library will host the first Poetry Out Loud: National Recitation Contest. The competition is part of a national program that encourages both public school and homeschooled high school students to learn about great poetry through memorization, performance and competition. 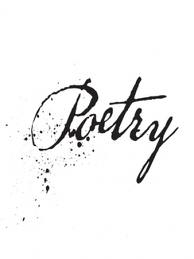 Attendance at this event is free and open to the public, and this would be a great way to introduce your kids to the world of poetry or encourage the budding poets in your family. This event also shows the power and the art form of effective public speaking which is such a critical skill for kids to learn.

Master of ceremonies for the event is Jan Morrill, an award-winning author whose short stories and memoir essays have been published in Chicken Soup for the Soul books and several anthologies.  Her short story, “Xs and Os,” based on a chapter from her historical fiction, Broken Dolls, was nominated for the Pushcart Prize. Judges for this event include local poets, professors, teachers, and actors: Curtis Harrell, Sabrina Chesne, Mary Eileen Ameigh, Mark R. Prime, and Ann Ayres.