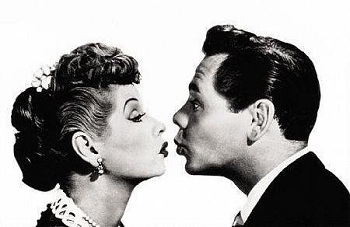 Editor’s note: Jade last wrote about picking up the relationship pieces after her husband returned from his military deployment (click here to read Part I). This is Part II:

As with any relationship, half the battle is admitting there’s a problem. It didn’t take a rocket scientist to see that when Jay returned from Iraq, we definitely had a problem. We were constantly bickering over ridiculously small issues from how to do laundry to what Jess’ nightly bedtime routine should be.

Sound like a normal couple? Well, maybe at first but for us, there wasn’t a “make-up” conversation or anything else which meant the tension between us could do nothing but build.  It was so hard to love someone so much and yet be so frustrated that things were not going as planned and the worst of it was that neither of us really knew why or what to do about it.

Though we couldn’t believe it ourselves, our relationship had changed significantly since he left 18 months prior. He was an entirely different person who no longer resembled that easygoing, patient man I loved so much. Rather, he was now an incredibly uptight and anxious short-tempered man who not only struggled with the daily living obstacles but also no longer had the ability to make simple choices like what type of cereal to eat or even which drive through lane to choose.

Every day for him was a struggle to get by. Can you imagine what it would be like to have little or no choice in anything you do from day to day? Your only job is to get up and go to work in a certain set of clothes, eat whatever food is placed before you, and then go home and go back to bed, and that’s not taking into consideration the daily hazards that actually came with several months of combat.

He literally did not have any choices to make that weren’t already “pre-selected” by a higher authority. This made decision making about even the littlest things an absolute nightmare. For example, going to the store was incredibly frustrating to him because there were so many people that he considered “unsecure” and so many choices in terms of what to buy that it made his head spin.

At this point, we decided that it was up to us to get to know each other again. We started with a weekend away. He had been in country almost 2 months before our 3rd anniversary. It seemed more than appropriate to take a weekend alone to rebuild our foundation, so we went back to The Inn at Rose Hall, the Bed and Breakfast where we were married in Eureka Springs. This was a special place for both of us and though the weekend was not without its troubles, it was what we fondly look back on as a “working weekend” in which we took the time to talk, laugh, play, and relax together without the stress of daily life.

We also took the time to have those hard conversations that we didn’t want to have but were an absolute must. For example, we kindly, but firmly, laid our frustrations on the table with one another in a caring and proactive manner in the same way a teacher might gently give feedback on a student’s progress on a project. While some of the things were hard for each of us to hear and equally as hard to say, it was this raw, yet gentle honesty that opened the door for our hearts to finally reconnect. It was at this point that we were finally able to move forward and begin building a relationship on our newly patched foundation.

No doubt we still had a lot of work to do but at least we were on the right path. We had come to the conclusion that it would be most helpful to give him a daily schedule of everything that was going to happen each day as well as Jess’ nightly routine and to leave specific and detailed lists of how to do the things that needed to be done from time to time like laundry, or dishes, or even vacuuming.

In return, he vowed to tell me when he felt his anxiety level rising and what he thought the source was. He also began telling me when he started to feel overwhelmed with something whether we were in the store or doing something with Jess, which was my cue to step in and take over. We basically begin living his life with me as the co-captain who would take over at a moment’s notice when he needed to bail out momentarily.

Slowly but surely, he began to take back the driver seat. At this point, I only step in once in a while when there are several things going on at once and his stress level is already high which, lucky for us, isn’t as often anymore!

Certainly, PTSD (post traumatic stress disorder) played a huge role in our situation which made it difficult to deal with all the emotional remnants the war left behind, but that’s a story for another time! It goes without saying that we learned a valuable lesson in communication those first few months that certainly set the precedent for how we would handle things together in the future. Of course, our hope is that we can handle this next deployment with a little more grace.

For now, I think it’s important to mention that 3 years later, almost to the day later, our marriage is stronger than ever. We will be going back to the Inn this year for our 6th anniversary except this time, the only thing we have to work on is a little romance! 🙂