He gives power to the weak, And to those who have no might He increases strength. Isaiah 40:29 (NKJV)

When my grandmother’s second husband passed away in 1949, she bought a double headstone for his grave. On her side of the stone marked “DAVIS” she had the engraver put

Fortunately for her (and unfortunately for the gravestone makers) my grandmother lived until the year 2005. This meant that engraving her gravestone would take a specialized process. When my mother went into “memory care” at assisted living, she charged me with the task of getting Memaw’s gravestone fixed up. I told her that I would get it taken care of.

As often happens, completing this task proved to be more difficult and to take longer than I had ever imagined. I repeated the same scenario several times. I would call a monument company (long-distance, of course) and ask them if they could fill in the “19” on my grandmother’s gravestone and change it to “20” before adding the final “05”. The stone-masons would always assure me that there would be no problem, and that they would fix the stone immediately. Then a year or more would pass by, and I would find out that nothing had been done. This happened more times than I can count. Whenever I visited my mother, she always asked me for an update on the progress; there was never any progress to report.

Finally, I gave up on having the gravestone repaired and engraved. I told my mother that I had decided that it would be easier for me to buy an entirely new double headstone. My mother said, “That sounds like it will be expensive.” I told her that it wouldn’t be cheap, but it would be worth it to me. She said, “What will you do with the old gravestone?” I told her that I wasn’t sure. I had thought about moving it to the cemetery of our church in Mississippi. Or, I had even thought about planting a rose garden in my backyard, and putting the double headstone there. Then I could sit on my patio in the morning and remember my dear grandmother and her husband.

I asked my mother what she thought of this idea, and then braced myself for her answer. She said, “John, I think that your grandmother would think whatever you did was great.”

Well, as it turned out, I wasted a lot of thinking. Shortly thereafter I got a bill in the mail for $150 for the repair and engraving of the original tombstone. (I guess somebody finally got around to it.) I haven’t been to Arkansas to see it yet, but a friend sent me a photograph of it. They did a good job on it. Here’s a photo: 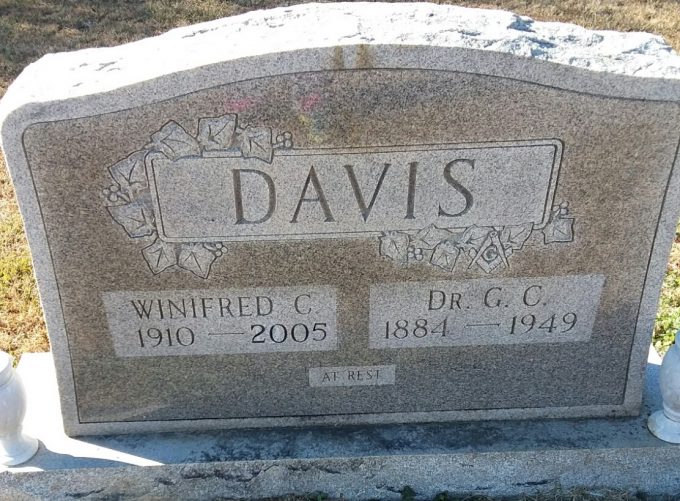 When I was a little boy and as the year 2000 drew closer I always asked my grandmother why she had “19” put on her gravestone. She said, “John, I became a widow at age 39, and was raising a child alone. 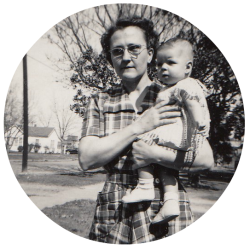 Things looked so bleak that it was hard to imagine living another year. I never dreamed that I would live to be in my 90s.”

I have always drawn strength and comfort from the example given to me by my grandmother’s life. She’s one of the best examples I know who trusted God to help her and who lived for Him. She thought her life was over at age 39. But God raised her up, and she lived to see and care for her grandchildren and her great-grandchildren. 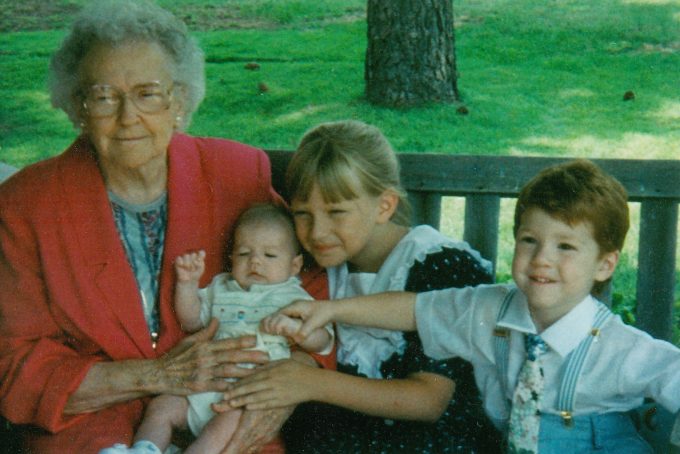 And I’ve always thought of this story as a testimony to the power of God. No matter how bad things get, even when it seems that life is over, God is able to give guidance and strength. It’s just like it says in the book of Isaiah:

But those who wait on the LORD Shall renew their strength; They shall mount up with wings like eagles, They shall run and not be weary, They shall walk and not faint. (Isaiah 40:31 NKJV)

May we always put our trust in Him.