Sometimes I have an idea for a column that grows to the size of a Saint Bernard or Great Dane and takes up all the space my editors give me. 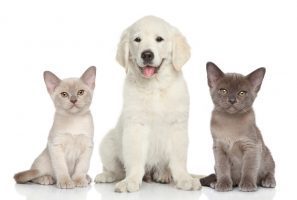 But sometimes, the ideas come in smaller packages – the size of a short Corgi or a petite Poodle. Still plenty of fun, but they don’t take up as much room on the sofa. So, here’s a trio of tidbits:

Word on the street

As a self-confessed “word nerd,” I love it when new words get added to the Oxford English Dictionary. The English language is always in flux – changing and expanding in creative ways that reflect the times in which we live. For example, at the beginning of this very strange year, the term “man hug,” (a friendly embrace between two men, often followed by a handshake or a clap on the back) was added to the dictionary. Also added was the weird but fun term “awesomesauce,” which was popular for about 10 minutes in the early 2000s. (It means “extremely good or excellent.”)

Then in March, the noun “Covid-19” had to be added to the dictionary because so many of us were Googling it in order to figure out what was going on and why we couldn’t find toilet paper at Walmart anymore. Ever since Covid-19 got added to the dictionary, life in America has not been nearly as awesomesauce as it usually is. (Also, man hugs are now few and far between.)

I recently made up a word of my own, but I doubt it’ll ever make it into the dictionary. Nevertheless, it’s useful at our house. In my bedroom, there are two remotes on the nightstand – one for the television and one that makes the head of the bed raise or lower, depending on whether you want to sit up in bed or lie down. Asking Tom to help me find the “remote” is vague and results in him handing me the wrong one. 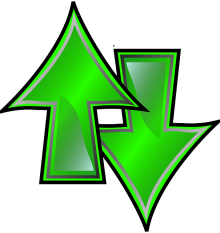 So now I define “remote” as the TV remote. The other one shall henceforth be known as “the upper-downer.” Notice how its descriptive quality helps the speaker identify exactly which gadget she’s looking for. Feel free to use it for the thing that makes your garage door go up and down, too.

If your family is like mine, you’ve seen more movies and TV shows this year than ever before. When you stay home more often to protect your health, you binge a lot of reruns, especially since most shows stopped producing new episodes when Covid came to town uninvited.

One thing I’ve noticed lately is that we now watch TV through “Covid-colored glasses.” Any time I see a huge throng of people on a rerun, my mind thinks “Uh oh. That’s a super-spreader in action.” And when I see characters greet each other with a hug or a kiss on the cheek, I think “Are you nuts?” 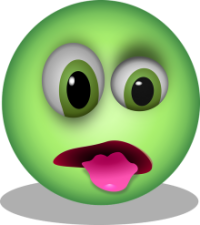 Last week, the kids and I were watching an old sitcom filmed in the early 2000s, and the main character was dared to eat a piece of lunchmeat off the floor of a hospital. And because we were watching the show in this mid-Covid age, we nearly threw up when he did it, and we expected him to fall over dead soon after. Miraculously, he survived, but those were different times.

I keep telling Tom we’ve got to support our local restaurants through the pandemic, therefore we should skip cooking a few times a week and pick up restaurant food instead. (Is it also because I don’t feel like cooking or cleaning up the dishes afterward? Of course. It’s a win-win for me and the restaurant economy.)

Anyway, last week I called one of our favorite restaurants to place another take-out order and the person on the phone repeated the order, gave me the total and then said, “Will that be all, sweetheart?” It made me realize that one of the hallmarks of this weird year is that there are now a few restaurant workers who know my voice well enough to call me sweetheart and also know that I want plain yellow mustard on my sandwich instead of the brown spicy one, even before I ask.

And to that I say, awesomesauce!