I read an article this week that made me rethink a secret I’ve kept for 10 years. My closest friends know, but it’s not something I’ve ever written about – for a lot of reasons. Ten years ago I wrote a column about the devastating loss of my big brother, my only sibling, who died in his sleep at the age of 34.

I knew people would make negative assumptions because that’s what I used to do. When I heard the word “addict,” my mind immediately thought of some back-alley bum, shooting heroin and robbing gas stations. But the truth is that addicts are usually 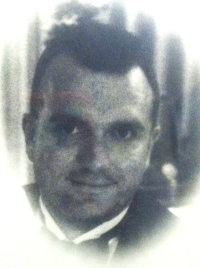 normal. My brother was. He had a good job, friends, values, faith in God, generosity and a sense of humor that lit up the room.

His problem with prescription painkillers started after a back injury in his late twenties. When the back pain went away, the pills didn’t. Like so many of us, he underestimated just how addictive pills like these really are. He thought, because it was medicine, it was somehow safe – that he could control it.

On the night of April 19, 2001, my brother went to bed and likely took one dose too many of the painkiller hydrocodone along with a common sleeping medication. He had always struggled with insomnia and knew the medicine would help him get to sleep so he could get up for work the next morning. But he didn’t get up. Sometime during that night, his lungs just – stopped. And when they did, so did life as we knew it.

What I now know, after reading a government report released this week, is that this kind of story is becoming tragically common. Deaths from prescription overdoses have TRIPLED in the past 10 years alone. In 1999, there were about 4,000 narcotic deaths. In 2008 – the same year actor Heath Ledger died in his sleep from an accidental overdose – there were more than 15,000 deaths. The rate has tripled, which means it’s not just my family’s sad story. It’s the whole country’s story. One U.S. health official called it “an epidemic”.

One of the scariest parts of the story is that I can’t point to any one thing that caused my brother to start taking more pills. When somebody you love dies, you want so badly for it to make sense – to figure out why and how it all went so wrong so maybe you can prevent it from happening again. And I’ve analyzed it a million different ways during the past 10 years since he died and I still can’t figure out exactly how we might have stopped it.

One of the biggest problems was that, in my brother’s mind, it wasn’t a problem. Prescription painkiller addiction is a subtle, insidious thing. It’s the slippery slope that takes you down before you even realize you’re falling.

What I’ve decided is that maybe one of the best things I can do, especially after reading that the death rate has tripled, is to point to the statistics and to my own story and hope that – for someone out there reading this – it might be a life-saving dose of reality. 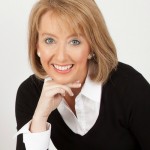