Nothing out of the ordinary occurred, at least until I boarded my puddle jumper home. Everything had run smoothly so far. I boarded with everyone else in my group saying the same prayer my fellow passengers were saying: “Lord, please let me sit alone” or “Please let the person next to me be normal”.  Maybe that’s callous, but I’ve sat through my fair share of flights with the talker, the crying baby, person with too many carry-ons, and the guy that just ate an onion sandwich! 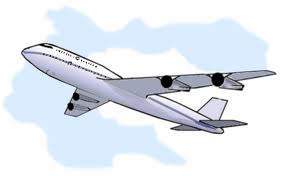 At any rate, I settled myself into my seat and had already retrieved my glasses and Nook book when this enormously tall, muscular, stern looking man sits down gruffly beside me. His skin was darkened by hours in the sun, and his hands were thick with calluses, which means this guy is no pushover. This guy has known serious work.

His eyes were guarded recesses in a face that seemed to be constantly on duty, looking for threats.  This was no ordinary, run of the mill individual headed for vacation or even coming home from one. At the point when I decided maybe not talking was wisest, the stewardess announced that our flight would be arriving in Cancun at approximately 5 p.m. That would have been great with me except we were headed to Joplin!

Before I could help myself, we looked at each other and laughed nervously. Most of the plane cheered, but his laughter was more nervous than mine and then he revealed the reason.  He said, “I sure hope not, I haven’t been home in a year and I am sure anxious to get there!” AHA!  I knew instinctively where he’d been.

So I made the biggest bone-headed mistake I’ve made in a long time and asked “you must be with the Army or the National Guard”…right cause they are the only two groups over there! Not! Have you ever said something that you wished immediately, before the last syllable left your tongue, that you could take back??? Well, that was the moment for me.

He laughed tolerantly and said “No, no — the Marines”.  Now, if you know anything about the Marines, they regard themselves highly above the rest and in many cases rightly so. There is no other branch of military that demands such strict perfection in all aspects of life and gets it by nearly breaking their troops into pieces and then strategically putting them back together again, turning them into elite killing machines.

The Marines are good because they have to be … they are ruthless. It’s not that other branches don’t require excellence. However, you cannot deny that Army excellence and Marine Excellence look very different. A lot has to do with their roles and what Marines are asked to do.

So you can imagine how serious an offense this could be. Needless to say, I had to apologize profusely for my assumption (you know what they say about assumptions? All true, by the way!) But I recovered and shortly we were deep in conversation. Within 5 minutes time, this huge monstrosity of a man was revealed to be a youngster with a big job.

At the ripe age of 29, this guy has seen and done things that we can’t even imagine. At first, his voice literally dripped with the heaviness of mistrust, pessimism, sorrow, and at the same time, pride for what he stood for.

However, once he realized I was a sort of “safe zone”, in other words, I  understood where he was coming from and what that meant, he conveyed that he had been a Marine for 4 years and a month, and had deployed 3 times to 3 different places in that short time.

This Marine was at the top of his field and I didn’t question him. This guy knew his stuff! Before long his voice lightened he was laughing and talking to me like I’m just one of the guys. He let loose about everything from Traumatic Brain injury and PTSD to assault rifle assembly and negligent discharge issues just to name a few topics.

I haven’t met a soldier yet from any branch that did not have similar issues and yet, what was the take-home for me? All soldiers, no matter what their background, field, or situation, want to be heard and understood. Most won’t talk about where they’ve been, what they’ve seen or what they’ve done for fear of judgment by others who don’t get it. Sometimes the best medicine for many of them is to just listen.

On that plane ride home I realized that I haven’t actually found my place in this world yet. While I love my job as an athletic trainer, I can’t help but think I am destined to work with this group in some capacity or another.

I can not describe to you the emotions that course through me when I speak to veterans. I can almost feel their everyday struggle to put one foot in front of the other in the civilian world. I know it has everything to do with my heritage and life experiences (having a dad and a step dad from the Vietnam era, and a Hubbie and brother from OIF war will do that to you). Veterans truly are one in the same, and all are sorely underserved by many VA’s all over the country, but that’s a topic for another day!

I head out for another conference tomorrow in Dallas. I wonder what DFW has in store for me this time? Until then, stay out of this heat and hydrate!