Feeding seven mouths every night can sometimes be a challenge. And by sometimes, I mean it usually is. I have to plan ahead a lot, and I do my very best to do that but, sometimes even the best laid plans fail.

I am a stickler for a budget. I have to be. Now, I probably don’t need to shop with excel spreadsheets but I do. And, I’m proud of it; strangers can stare all they want. I know how to stay on track and on budget. (Most of the time)

One of our biggest expenses food wise would be produce. We failed to plan out our garden this season and therefore we are buying everything right down to the green onions.

I try my best to have a plan for the produce I buy but sometimes, if there is a really good deal, I deviate from the plans again, and buy it up. When I do that, once I have used all my pre-planned ideas for it up, I usually end up with an odd amount or supply of mixed produce.

You might see where this is going. If you don’t, let me tell ya. After using what I had planned to use throughout the week I opened my fridge to find I had an abundant supply of potatoes, onions, and peppers.

In an effort to be a little more healthy I decided not to fry, but to bake this one pan meal. We made good use of The Dad’s extra purchases and I made us some potatoes with onions and peppers, and for fun I tossed in some smoked sausage.

For these extra-special ‘taters’ you’re going to need:

*Notice I didn’t give you an amount to use. That’s up to you. If you need help deciding, I can send The Dad your way. He is great at shopping for abundant produce.

Directions: First things first, pre-heat your oven to 400 degrees and line your cookie sheet with aluminum foil. Once your cookie sheet is covered drop a teaspoon or so of olive oil on it and spread it around. Now let’s prep you veggies, etc. I like to cube my washed potatoes with skin on but again, that’s up to you on how big you want the pieces and if you’re a skin or no skin kind of eater. I just slice up my washed bell peppers, and smoked sausage. I cheat and use a mandolin for my onions. When everything is prepped I toss it all into a large mixing bowl and add in a few teaspoons of olive oil, a little bit of salt, and some pepper. I mix it with my hands. It’s just easier to get it all coated and mixed up that way. Then I spread the mixture on to the cookie sheet and cover it with foil. I bake mine for 45 mins but I suggest you check your potatoes softness at about 30.

So the next time your shopping gets a little off course, don’t worry, it could be worse. You could have 5 pounds more of potatoes than you ever needed, a bag of onions instead of two, and, well, I’m still not ready to talk about the bell peppers. 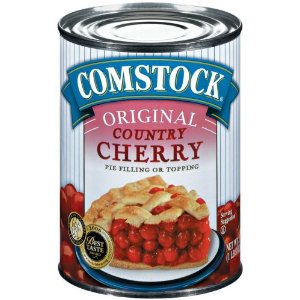 “Hey Mom, can you make that Pink Stuff?” That’s how I was awoken from the first nap I’ve had in awhile.

Ah, that Pink Stuff. You know what I’m talking about. It’s one of the favorites. It’s a dessert made up of almost nothing but taste as if it’s just meant to be there.

It’s Sunday, so why was my kid waking me up from my first nap in what feels like years to ask me to make it? Turns out, it’s my sister in law’s fault. She posted something on good old Facebook about looking for a real name for it. Apparently, her kids wanted some, too. I wish she would’ve kept her quest to herself long enough for me to get a nap. She didn’t though, so not only were all of our kids now curious as to what it was “really” called, they were ready to eat it to. By the way, according to the Internet, that Pink Stuff is really just called “Pink Stuff.”

My daughter would beg her Great Grandma Annabell to make it for Thanksgiving. She would then dip her turkey in it. I don’t necessarily recommend that but, hey, she liked it.

When all the Thanksgiving dinners had been attended, and all the helpings of Pink Stuff we could possibly want had been served, we had almost a month to get over eating so much of it and to be looking forward to having it at Christmas dinner all over again. At Christmas, my daughter would dip her ham in it. Again, not something I recommend but, she liked that too.

Now, back to me not being able to take a nap; I got up, explained to my child that waking me up for Pink Stuff wouldn’t the smartest move in the future. And, then I proceeded to make it. Yes, I made it even though I didn’t get my nap. What can I say, I’m a giver.

So, if you’d like to make that Pink Stuff, and can’t seem to remember what all goes in it, let me refresh your memory:

For the “Pink Stuff’, you’re going to need:

If you want to get really fancy, or you really love your kids even when they wake you up from your nap, you can add in the following:

Directions: Now comes the hard part. You want to combine all of the ingredients together and mix them well. Once that’s done, chill it in your refrigerator for at least 2 hours before serving.

After it’s had time to chill, serve it up in bowls, head to your bedroom, lock the door, and take a nap. If not for you, take one for me. 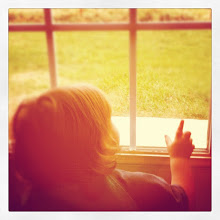 About Shannon Patricia: Modern Day Version of Yours, Mine, and Ours. Stories of Life, Love, Food, and Funnies As Told By Me, The Not So Martha. Click here and pop over to Shannon’s blog!