Dear Inside His Head,
My question is about pets. My kids (5 and 7) have been dying to get a new puppy or kitten, but my husband is not a fan of the idea. Any advice on how to convince him otherwise?

GRAY: Nearly every morning I’m awakened at 4 a.m. to the pleasant sounds of cats screeching and spitting at one another. Should that not elicit a response, they resort to jumping on and off the bed, ever closer to my head with loud, yet tentative, cries. Ultimately I wake, finding my bleary-eyed way in the dark until my bare foot lands in whatever present our puppy has left for me during the night. I mean…what’s not to like about pets?

It’s easy for your husband to imagine this scenario. You and the kids will be saying how cute it is and he’ll be the one getting his shoes shredded. Even if you and the kids feed, clean up after and care for the pet, there’s almost always drawbacks you can’t control. Whether it’s the puppy who chews uncontrollably or the cat that barfs on the floor every…single…day, you’ve got to concede there will be casualties. 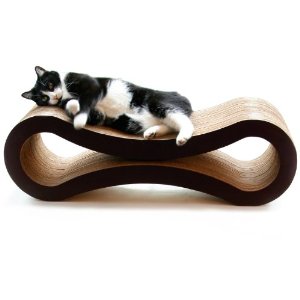 Your battle will be to demonstrate that you can deal with dark side. Sure, kids with compassion and responsibility are wonderful, but he’s not going to be thinking about that when the baying puppy is keeping him awake for the fifth morning in a row.

Try to address the tangible things: How are you paying for care when you’re on vacation? Are the kids really resolved to taking Fido for a walk during a downpour of bone-chilling rain? And pets live a long time. What’s going to happen once the kids are off at college and kitty no longer seems so cute, especially now that he’s decided using the litter box is not in his best interest?

I might not sound like it, but I’m an animal lover. If animals were simply cute to look at we’d all have them. The problem is that too many people fall for the doe-eyed puppy and aren’t ready to be responsible for them when the cute wears off. If you can prove you’re not simply fawning over them and are ready for the potentially destructive, expensive, sleep-deprived road ahead then he might be willing to join in and help. Besides, waking up at 4 in the morning gives you an excuse to make some awesome breakfasts.

MICHAEL: I have been in his shoes.

A couple of years ago we had no pets. Now we have a cat and a dog, two guinea pigs and( at the moment ) five fish.

Along with all those come multiple hundreds if not more than $1000 in boarding, vet and food costs. All of our carpets had to be replaced because the dog couldn’t keep from peeing in the girls’ rooms. The guinea pigs take up about an acre in our office and it now smells likes a roadside urinal in there. The dog and cat leave tumbling hair balls all over the house which now requires daily vacuuming.  The fish, which are mine, die at an alarming rate. I literally have to buy them more often than toilet paper. The cat causes me to sneeze and also wakes me up in the morning by meowing to be fed even if she has food. 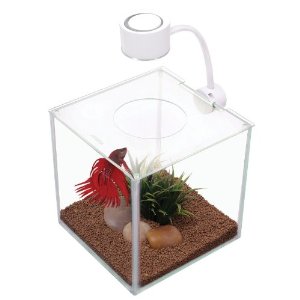 So now that you know what happens when you get pets, let me give some advice: Start out with a simple fish tank with a betta fish in it. See if the kids can manage to keep interested in it. Wait until a couple of those have died so that your kids understand that pets don’t live forever (I won’t even tell you about the lizard. RIP). Then get something with hair.

Know that your kids lie and that whatever they excitedly promise to do today will have to be argued about in a month. If its a cat understand that it will lie on everything you own that hair will stick to.  And if it’s a dog then it will chew things it shouldn’t and pee where you wish it wouldn’t.

And take care of it. A pet is not just an animal. You are committing to a relationship that will last for years.

MAVERICK: It’s going to be difficult to convince a man who does not want a pet that it’s a good idea.

Show him a logical and truthful plan on how labor will be distributed. Who walks the animal. Who scoops its poop in the case of an outside dog or an inside cat. Where will it be fed? Who will feed it and when. And a reasonable estimate on how much this is all gonna cost – dog food, cat litter and vet visits aren’t cheap. 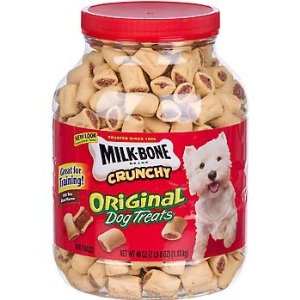 Be realistic about this. If you can’t tell him honestly that he won’t be the one doing most of the work (out walking Fido on a rainy night; scooping and hauling out the litter boxes to the trash for Fluffy; cleaning up the back yard of doggie-doo bombs so he can then get on with all his outside tasks, like mowing and trimming) then don’t try to convince him it’s a good idea.

In the end, unless he’s just anti-pet, which means you shouldn’t try to force him at all, he likely sees this as more work for him, likely tons more work. And let’s face it, cats and dogs are gonna live 10 to 15 years so likely you’ll be caring for the bet after your kids have gone off to school.

Show that you and the kids will shoulder the lion’s share of the work and if he agrees, stick by your promise. Remember when the kitten isn’t super cute anymore that you told him the litter boxes would be cleaned and he wouldn’t have to lift a finger.

Likely, after he gets attached to the animal he’ll do more with the pet and not do so grudgingly. Remember though, if you “convince him” this is a good idea, he was gracious enough to go along with the plan. Don’t make him suffer for his decision later when it’s cold, and wet and you’d rather stay in bed while Rover needs to go walkies.