The older I get, the more I need to know about how to make my body perform well. My peak at forty-eight isn’t what it was at twenty-eight. I am proud to say that I’m in better physical condition today than I was then. I can thank a healthy diet, cardio exercise, and weight training for that.

The bigger challenge now is managing my endurance. I work hard and often long hours. I also perform many of my home maintenance activities and sing in a band. It requires a lot of me physically, and I need my body to perform like that of an athlete.

I’ve struggled with fatigue for over a decade. I spent most of the last thirty years in deadline-driven career roles. I started speaking to audiences in 2001 and joined a rock band in 2011. All those activities expose my body to the stress of “fight or flight.” In fact, it went so far to over-exert my adrenal glands.

Adrenal fatigue is a slippery slope, and you don’t realize you have it until you hit the bottom. It takes at least six months to rebuild your endurance after that. I’ve learned to better pace myself and to recognize the signs. Click here to read more about the signs.

Spending four hours working in the yard, managing an event, or singing on stage (which includes helping with equipment setup and teardown) may not look like running a race, but my body reacts as if I am. And once the activity is over, my body shuts down the adrenalin release. I’ve come to recognize the adrenalin hangover I get the next day. I just don’t have time to waste feeling exhausted. With some planning, I can reduce feeling like a mental and physical zero for the twelve hours following the physically or mentally stressing activity.

I’ve borrowed two practices from athletes that help minimize the adrenalin hangover — carb-loading and hydrating properly with water AND electrolytes. Both also stock me with the energy I need to perform at my best longer.

Carbohydrate-loading is used by athletes to prepare for physical activity that will last ninety minutes or more (like a marathon or a football game). It increases the amount of fuel stored in your muscles. Basically, the practice involves eating meals of fifty to seventy percent complex carbohydrates in the twelve hours or more before extended exertion. Some athletes even start a week ahead. Click here for a more in-depth explanation of the process.

If I’m planning a day of landscaping work, I start the morning with a large bowl of oatmeal and an apple.

If I’m singing in the band, my meal will be a large serving of brown rice and steamed or sautéed vegetables at least five hours before I will be singing.

Digestion can use up to sixty percent of a body’s energy resources. I choose something quick to digest so I have more energy to devote to performing. You’ll find that most athletes don’t eat much in the hours before their workout for the same reason.

Hydrating with Water PLUS Electrolytes

On the day I plan to work or volunteer outside in the heat or will sing with the band, I drink an electrolyte-rich beverage to replenish my body in advance or when I stop for a break.

Hydration is important to our brain function as well as our physical functions. There are a lot of different opinions about how much water we should drink. We can’t go wrong with the rule of sixty-four ounces of water a day. If you are working outside in the heat, you’ll want to drink more. I follow the rule of drinking eight ounces for every thirty minutes I spend in the heat. When I’m singing or speaking, I follow that same rule when I perform in an outdoor venue. Even in a cool, indoor venue, I require more water to stay hydrated. I drink at least eight ounces an hour.

It isn’t enough to drink water. We also need to replenish crucial electrolytes (potassium, calcium, magnesium, chloride, and sodium) that we lose through sweating and urination. These minerals regulate nerve and muscle function, the body’s blood pressure and pH, rebuild damaged tissue, and maintain the body’s acid-base and fluid balance.

You probably recognize Gatorade as a popular electrolyte-replenishing beverage. I’ve never been a big artificial drink consumer so I turned to natural alternatives. You can Google “natural electrolyte drinks” and find lots of easy and tasty recipes.

You can also replenish electrolytes through the food you eat. You’ll find sodium and chloride in foods like table salt, olives, sauerkraut, and bacon. Spinach, bananas, and sweet potatoes are rich in potassium. Leafy green vegetables, cereal, beans, and tomatoes are a great source for magnesium. Calcium is found in milk, yogurt, and eggs.

It is important to note that alcohol consumption dehydrates you. Alcohol increases urine output which depletes your stores. I limit or avoid alcohol when I’m working hard or performing. If I do drink alcohol, I match each drink with a glass of water or green tea. And incidentally, if you want to avoid a hangover after an evening of overindulgence, drink a glass of water after every alcoholic beverage you drink. The major cause of a morning-after hangover is dehydration.

Preparation is the Key to Prevention

Recognizing that ordinary activities were surprisingly physically demanding was the first step in preventing my mental and physical fatigue.

Carb-loading and proper hydration makes a huge difference in how I feel in the twelve hours after the exertion is over. I am still tired but I’m not a steaming pile of uselessness when I prepare in advance.

It’s been a long journey of discovery. But the most important thing I’ve learned is that preparation goes a long way to prevention. 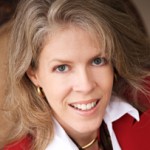