By Bro. John L. Cash
Editor’s note: This column follows a previous post about the Desiderata (Latin for “the things to be desired.”) The following line is taken from this beautiful poem, and an analysis follows.

“Speak your truth quietly and clearly;”

Sooner or later, all schoolteachers are asked to babysit somebody else’s class for an hour or two. Finding myself in that situation, I’ve often given the following introductory talk to the class. “Students, your teacher had to leave the building suddenly, and I have been left in charge of you with no lesson plans. Therefore, I will allow you to talk quietly, as long as it doesn’t get too ridiculous. And I want you all to be aware of a profound belief that I have. It is called ‘Cash’s Law of Classroom Conversation.’

Cash’s Law states that, if you are speaking or telling a story, and you find yourself having to get louder, and louder, and LOUDER in order to be heard, there’s a strong possibility that nobody is interested in what you’re saying.”

Believe it or not, that statement often begins a discussion that will take up a good portion of the class period. Young people love to discuss (and argue), and they love truth. The dialogue this statement starts is always a quiet and civil one, too. After all, if a student finds himself becoming too boisterous and loud, he quickly realizes that the others have grown tired of him monopolizing the floor, and he should give others a chance to express their opinions. In conversation, quietness really is a wonderful thing.

I have a beautiful Bible story for you to read this week. It is found in 1 Kings 19, and it’s about how God strengthened Elijah the prophet when he was run-down and depressed. The Lord fed the prophet, gave him water to drink, and allowed him to catch up on his sleep. Then He told Elijah to go to the mountain while He revealed Himself to the man of God. First there was a mighty wind. But the Lord was not in the mighty wind. Then there was an earthquake. But the Lord was not in the earthquake. Then there was a 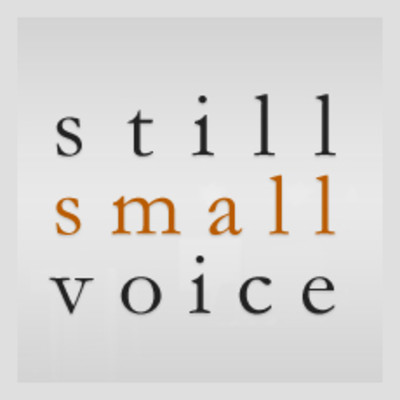 So, this week, turn down your volume when you’re talking to your children. Then turn down the volume of the world around you. Listen for God’s still, small voice and He will restore your soul.

Dr. John L. Cash is the “Country Preacher Dad.” He was raised in Stuttgart, Arkansas, and has spent the last 28 years being a country preacher in the piney woods five miles south of the little town of Hickory, Mississippi. (On week days has a desk-job at a public school, and until recently taught Latin on closed-circuit-television.) He and his lovely wife, Susan, live in the parsonage next door to the Antioch Christian Church (where the country mornings are very peaceful and quiet.) Their kids include Spencer (age 22), his wife Madeline (age 22), and Seth (age 19).