9 Blessed are the peacemakers, For they shall be called sons of God.

Editor’s note: The following is part of a series of posts on the “Desiderata,” (which is Latin for “the things to be desired,”) The following two lines are taken from the poem.

Editor’s note: This column follows last week’s post about the Desiderata (Latin for “the things to be desired.”) The following two lines are taken from this beautiful poem. – See more at: http://nwamotherlode.com/nwacontent/devotion-in-motion#sthash.3ep8F6p9.dpuf

“As far as possible, without surrender, be on good terms with all persons.”

If you’ve got a household repair you need to do quickly, it’s awfully nice to have one of those cheap screwdriver sets. You know the set I’m talking about — it comes in a plastic box and has a handle with a bunch of interchangeable fittings. I wouldn’t want to put together a jungle gym with one, but for little jobs it can’t be beat. It’s nice to have one 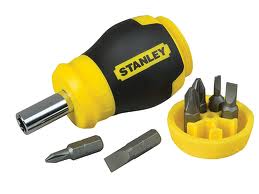 handle that works in so many situations.

My New Testament Theology professor, Bro. Robert H. Smith, gave me a word of advice that has guided my life ever since I heard it. He said, “John, don’t ever ‘burn a bridge behind you’ on purpose. You’ll do enough of that already on accident.” Whenever I’ve left a job or a situation, I’ve tried to remember what he told me. And as a result, I’ve been able to return again to previous employers, duties, and settings. It’s wonderful to cross back over a bridge you had the foresight not to burn.

In every circumstance in life, there are bound to be misunderstandings, friction, and aggravations. On “your way out,” it’s tempting to comment on injustices, explain the moral correctness of your actions, or take a parting shot at settling the score. But when you do that you always wind up looking like a small, petty person.

When my boys were tiny, Spencer was pestering Seth at the supper table. I told him, “Stop it, Mr. Troublemaker.” Spencer’s reply to me was both humorous and illuminating: “Okay, Mr. Peacemaker.”

I know my son was just making a joke, but I hope I can always find real ways to be a peacemaker in this broken world. The Bible tell us that “peacemakers who sow in peace reap a harvest of righteousness.” (James 3:18) That’s the reward for building bridges — instead of burning them behind you.

Dr. John L. Cash is the “Country Preacher Dad.” He was raised in Stuttgart, Arkansas, and has spent the last 28 years being a country preacher in the piney woods five miles south of the little town of Hickory, Mississippi. (On week days has a desk-job at a public school, and until recently taught Latin on closed-circuit-television.) He and his lovely wife, Susan, live in the parsonage next door to the Antioch Christian Church (where Autumn is in the air.) Their kids include Spencer (age 22), his wife Madeline (age 22), and Seth (age 19).