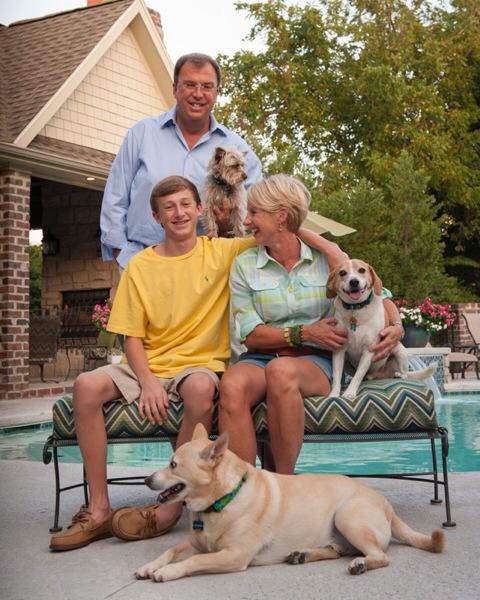 I could hear the laughter outside my kitchen door as teenagers were in the midst of celebrating my son’s 16th birthday and the beginning of their summer break. After the long, cold winter, everyone was looking forward to sun, fun and a little down time.

As I was peering out the window watching my son and his friends interact, the phone rang. It was at that point my plans for the summer took a dramatic shift.

“This is the Breast Center,” the woman said.  “We need you to come in for some additional testing. We have some time at 1 p.m. today.”

My heart briefly stopped.  I had just had a mammogram 11 weeks earlier and it was all clear.  Then it dawned on me — I had opted to have an additional test at my own expense and I realized it was that test the clinic was calling about.

So there I was, 11 weeks after a “normal” mammogram, on my son’s 16th birthday, waiting in the Breast Center of Northwest Arkansas for further tests.

In all honesty, I was thinking to myself, “Surely this is just a false alarm. After all, false positives happen all the time. Remember Terri, you’ve had call-backs before and your mammogram was fine just weeks ago. You’re only 47.”

It didn’t take long for me to know this wasn’t just another doctor’s visit. The seriousness of what doctors had seen on my Sonociné exam, otherwise known as Automated Whole Breast Ultrasound, was palpable.

I looked at the doctor and ultrasound technician while I lay on the table and said, “Is it cancer?” as I stared at the irregular shaped black blob on the ultrasound monitor. The doctor said, “There are many characteristics that don’t look good. But the good news is it’s small.” She stressed the word “small” as to reassure me.

I walked out of the office and I knew. I had breast cancer. I didn’t even need to wait for the results of the biopsy scheduled for the next day. My summer plans had changed. My life had changed. And despite the magnitude of the moment, I felt a feeling of pure thankfulness; I was filled with relief; I was grateful; I was proud of myself.

The source of those feelings was due to the fact I had chosen to have a voluntary Sonociné exam at my own expense. That decision and that test could have saved my life.

I have known for years that I have extremely dense breast tissue because I have had a few breast ultrasounds and doctors have always commented on it. Dense breast tissue is comprised of less fat and more fibrous and glandular tissue making it harder to spot cancerous tumors on a mammogram.

Think of it as trying to find a pearl in a pile of snow — cancerous tumors appear white on a mammogram (the pearl) while the dense breast tissue also appears white (the snow).  In others words, it can be very difficult, if not impossible, for doctors to “see” a tumor via mammogram in women with extremely dense breast tissue.

You likely are asking yourself, “How do I know if I have fatty breasts or dense breasts?” A radiologist determines your breast density by viewing your mammogram.

There are four levels that doctors use to categorize breast density:

If you’re curious while having your mammogram, simply ask the technician performing your exam. My philosophy is it’s your health, the least you can do is ask! You can also request of copy of your radiology mammography report from your referring doctor and look for the descriptions of your breast tissue. You’ll likely learn more about your breasts than you ever dreamed.

I applaud the Breast Center of Northwest Arkansas and other clinics locally and nationwide that are voluntarily informing women of their breast density on their post-mammogram letters to patients.

My post-mammogram letter which notified me of “normal” results also said this:

“Your mammogram shows that you have dense breast tissue. Since dense tissue can hide small abnormalities, you may benefit from having an Automated Whole Breast Ultrasound (AWBUS) exam. This examination is specifically designed for women with dense breast tissue like yours. Using Automated Whole Breast Ultrasound in combination with screening mammograms may find significantly more breast cancers in women with dense breasts than mammograms alone.”

This notification was the push I needed to get an additional examination. Sonociné is not a replacement for screening mammography. However, studies show an ultrasound examination, in conjunction with a mammogram, can find more cancers in dense-breasted women than if doctors rely on the mammogram results alone. I am proof of that.

Fortunately, 20 states now have state breast density reporting laws mandating breast density information must be included in a patient’s mammogram reporting results. Unfortunately, Arkansas is not currently one of those states. We have work to do! Federal legislation was introduced in

July in the U.S. Senate by Sen. Dianne Feinstein and Sen. Kelly Ayotte following a companion bill introduced in the House by Rep. Rosa DeLauro and Rep. Steve Israel. The goal of the Breast Density and Mammography Reporting Act is to have a national standard of reporting breast density to patients. The bill would set a minimum federal standard for notification and recommend women discuss with their doctors whether additional screening is necessary.

The bill also directs Health and Human Services to study improved screening options for women with dense tissue. It is supported by the American Cancer Society Cancer Action Network, the Breast Cancer Fund, Susan G. Komen for the Cure and Are You Dense Advocacy. Dr. Nancy Cappello, founder and director of Are You Dense Advocacy, Inc., and the inspiration behind the first density reporting law in the country says, “A national standard will ensure that every woman across this country is given critical breast health information as part of her mammography report.”

Sen. Feinstein adds, “Early detection of breast cancer is key to survival. By requiring that patients be informed if they have dense tissue, this bill allows women to make potentially lifesaving choices about their care.” 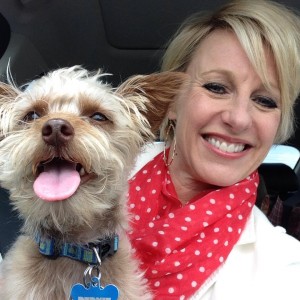 At the time of my diagnosis, I was the 8th patient out of more than 800 that underwent a Sonociné exam at the Breast Center of Northwest Arkansas that was diagnosed with cancer following a “normal” mammogram. We are a special bunch. And we are a group that can make an impact on your health and awareness.

I am currently cancer-free and feel great following a lumpectomy and radiation treatment. I remember vividly asking one of my doctors how long it would have been before my tumor was spotted on a mammogram had I hadn’t have had the ultrasound procedure. He said it likely would have been at least two years and I would have been dealing with a much more difficult cancer to treat.

We all know early detection of breast cancer is of the utmost importance. And simply asking, “Am I dense?” can make all the difference in your medical care and your life.