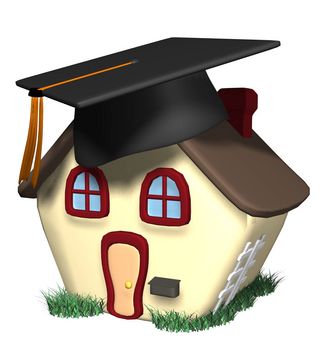 Everyone knows that when you have kids, time moves at the speed of light. But since Mojo has started kindergarten, it seems like it’s has moved at least twice that for me.

He doesn’t complain about going to school or about anything that happens there, but if you ask him, he quietly answers he doesn’t like it. I can’t get anything much more specific from him – there doesn’t seem to be anything in particular about it that he doesn’t like. But he seems sad now, whereas before, he was always a pretty happy kid.

Sometimes, he mentions that he would like to stay at home, and sometimes I think a home school set-up might be the best thing for him.

Aside from my questions about whether the current educational system is really what it should be, I don’t have real complaints about his school or his teacher. He’s learning fast. He’s got counting, and even addition and subtraction, down pat. He can already read several words and he can write even more. He sounds out the words on his own and arranges letters on paper to make signs and write captions on the artwork he draws. (We have artwork plastered on every flat surface in our house, and my husband has plenty more in his office. Mojo says he likes to be both author and illustrator of his work.)

He seems to have plenty of friends. When I walk him into his classroom in the morning I hear little voices from here and there yelling his name. Sometimes he knows their names, but mostly he just grins and says that’s someone he played with on the playground. He’s a popular guy, I guess.

So, I’m not worried about him academically or socially, but something is amiss.

Mojo has always been something of a homebody; he likes to live at a slower pace than a lot of people I know, taking time getting his clothes on and eating his meals slower than molasses, usually while he plays a game or has a conversation at the same time. He’s not lazy; he just likes to take time to think. We used to read lots of books (there doesn’t seem to be much time for that lately) and go lots of places, and he mulls things over and asks fairly sophisticated questions about what he’s seen or heard, sometimes even days or weeks after the fact – and often about things I didn’t even realize he was paying attention to.

I’ve spent time in his classroom and in his school, and I look at his schedule, so I know the pace is anything but slow – they only have 15 minutes, including the time it takes to get to the cafeteria and get settled, to eat lunch, for heaven’s sake – and I think that might be the problem but I’m not sure how to address it. I try to make sure things are organized for an easy early departure every morning – lunch packed, clothes ready to put on, breakfast ready to eat when he gets up, that kind of thing. And I try to buffer him from the rush of getting things done at night, too, but I can’t say I’ve really noticed that helping.

We haven’t talked about it in depth, but my husband isn’t really in favor of home schooling. Still, it’s something I would lobby hard for if Mojo doesn’t adjust to this new way of life, because it would give him time to process information on his own time. I’m nowhere near ready to make the decision about tackling that kind of change. I don’t want to rush an already rushed situation.

But surely there’s someone else out there trying to escape what seems like a counter-productive breakneck speed (or a less than ideal school situation). Shouldn’t kids have time to think about what they’re supposed to be learning? I’ve heard that the education system’s way is to throw lots of information at them and hope that some of it sticks – that seems ridiculous to me and I think there has got to be a better way.

Any tips for making things easier for Mojo – either in the home or outside of it?