Do you remember the Where’s Waldo books popular in the late 80s? I had one when I was 14 and found it fun but maddening at the same time. Just in case you were doing more productive things in the late 80s, I’ll give you the basic concept.

Waldo (also known as Wally in the British version of the book) is a guy who dresses the same way every day. He likes hiking but prefers to do it in crowded places — not the woods where his distinctive red and white outfit would be easy to spot.

The reader’s job is to flip open the book to a double-page spread of an intricately drawn scene (like a crowded beach or a jam-packed ski slope) and then determine “where’s Waldo.” It sounds easy enough but each illustration is drawn to help Waldo seamlessly blend into his surroundings.

Finding Waldo was never the hardest part for me, though. After I’d stare at the scene long enough, I’d find him. But if I put the book down for a day or two and picked it up again, I would’ve already forgotten where Waldo was on each page. I’d have to search again for his signature red and white striped sweater, hat and glasses.

Apparently I wasn’t the only one who had a hard time keeping up with Waldo’s whereabouts. The book became a series that sold millions of copies worldwide and even got its own animated TV series, comic strip and tons of Waldo-themed merchandise. Despite his weird outfit and tendency to wander, Waldo did just fine for himself.

I thought about Waldo this week when I put away our Christmas decorations. Most of it gets packed into plastic bins and shoved into a storage space. But I worried that some of the more delicate pieces shouldn’t spend 11 months crammed into a bin without heat or air-conditioning. Those are the pieces that should be put into “a safe spot” somewhere in the house.

But if you’ve lived long enough, you’ve probably learned the hard way about what I call the “curse of the very safe place.” I’ve written about this phenomenon before because those very safe places end up being so good that even the person who put things there can’t find them again.

So this time, as I walked around the house squirreling away a few of my favorite things, I had a milestone moment. For the first time, I didn’t assume I’d remember where I was putting each item for safekeeping. I didn’t even hope to remember. I just knew, beyond a shadow of a middle-aged doubt, that I wouldn’t. Couldn’t.

So I did what I should’ve been doing for years now. I opened a blank note on my iPhone and typed in a title: “Where I Put Things.” As I stared at the words, 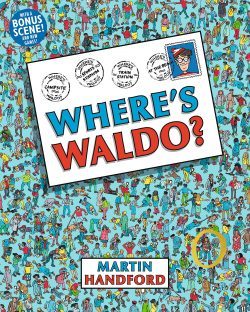 I felt myself entering a new phase of adulthood — the phase where you realize you need all kinds of help (electronic or otherwise) to remember pretty much anything. Even stuff in your own house. Everywhere I go has become one of those crowded Where’s Waldo scenes, requiring a map or reminders to find my way back to what I need.

Is this what it has come to? Do I have to write notes to my future self so she won’t spend three days searching the house for her glowing glass Christmas trees she’s certain she put in a safe place? The answer is yes. These are the unfortunate facts on the ground. The phone is just smarter than me. Might as well put it to good use.

But wait, you say. If you can’t remember where you put the most breakable Christmas decor, how are you going to remember there’s a note on your iPhone telling you where to find them?’

Excellent question. I can see you’re the type of person who thinks things through. The type who has probably never lost her reading glasses only to discover they’re on her own head.

But I did, in fact, suspect there’s a better than average chance I’ll forget about the “Where I Put Things” note on my phone. So I created a backup for the backup system. On my calendar app, I created a reminder scheduled to pop up on Thanksgiving 2022. It says “There’s a Where I Put Things note on your phone!”

See? Future crisis averted. Having said that, if my calendar app ever crashes or my phone is hacked or the mysterious digital cloud rains out all its data, all hope is lost. I will remember nothing. You’ll find me curled into the fetal position asking if anyone has seen my breakable Christmas reindeer anywhere.