I had a birthday this month, and The New York Times gave me a wonderful present. On the day I turned a year older (which in Covid times equals roughly eleven years), the newspaper published a story so gross, so weird and yet so oddly fascinating that I’ve been talking about it ever since.

Tom can’t figure out why this particular story riveted me the way it did, but I bet many of you will feel the same way. I’ll paraphrase the most important points relayed by writer Annie Roth who published the story earlier this month, complete with video footage that’s sure to make you say “Ew!”

Here’s what happened: One day a research scientist walked into her lab and peeked into a tank to check on the sea slugs who were floating around in there, 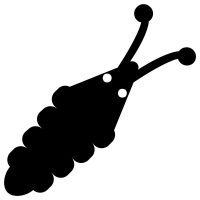 doing whatever it is sea slugs do. She noticed one of the slugs was dead – with its head severed from its body. But then, in a twist worthy of a zombie movie, she realized the decapitated head was still moving. It was alive!

Not only was the head still alive, it could also navigate around the tank and eat algae as if it was just a normal day in the sea slug neighborhood. And when one of its green tentacles brushed up against its detached body, that body moved in reaction to the tentacle’s touch. IT MOVED!

And yes, I remember the old saying about running around “like a chicken with its head cut off.” I know slugs are not alone in their capacity for weird, headless movement.

But here’s where things get dramatically different from chickens. As far as I know, chickens don’t rip off their own heads. But sea slugs? They totally do.

Just in case you missed that holy-cow moment, let me review: The sea slug in question ripped its own head off its body, breaking off along a line that almost seems designed for such a purpose. (Picture a bag of shredded cheese with a “tear here” line.) After the head ripped off its body, the gash left behind by the separation healed in only one day. Then the head lived on its own – with no body and therefore no heart – for the next three weeks.

And you know what it did during those three weeks? It didn’t sit on its slug sofa watching Netflix, that’s for sure. It grew an entirely NEW BODY.

Sure, I know starfish are also capable of growing a new arm. But an entirely new body? Who knew a slug could pull off such a feat in less time than it takes to remodel a kitchen?

Other scientists in the lab caught word of this horror-show slug, and they all started trying to answer the big question: Can all sea slugs do this bizarro self-decapitation? Or was this just some freaky daredevil slug with a flair for the dramatic?

Upon close observation, they realized that plenty of sea slugs do this same thing, although not all of them do. The next obvious question was “Why the heck are they doing this?” To impress girls? Terrorize unsuspecting lab technicians?

Research is continuing but there is a theory. Scientists discovered that the slugs who ripped off their own heads left behind bodies that were infected with internal parasites. Somehow, the sea slug’s tiny brain is big enough to realize when its body is tainted with parasites, so it decides to ditch it and grow a new one.

And get this! A sea slug can abandon its body more than once!

Before you get too jealous of the slug’s fresh start with zero stretch marks, scars or the extra weight it gained eating ice cream during the pandemic, keep in mind that a sea slug’s body is not exactly supermodel quality even when it’s new. It looks a little like a bloated worm. Still, this whole feat is undeniably weird and impressive.

So, what becomes of the abandoned, parasite-riddled bodies? Scientists say the old bodies can live and react to touch for several months, even after the head takes off for regenerated pastures.

Speaking of old bodies, this brings me back to that birthday when I first read this story, which I dare you to try to forget. I’ve decided I’m thankful for my old body, which has carried me through 48 birthdays and is still getting by, albeit with a little more joint popping and fine lines than it used to have.

But I’m happy to keep it and hope it lasts for plenty more birthdays – without losing my head.