Everyone has their limit, right? I nearly found mine last Sunday when I checked the day’s headlines shortly after climbing out of bed. During a quick scroll through the coronavirus headlines in The New York Times, this one flew straight out of my smartphone’s screen: “Murder Hornets in the U.S.”

If you are the kind of person who can breeze by a headline about something called “murder hornets,” you’re much stronger (and smarter) than I am. I couldn’t click that thing fast enough. 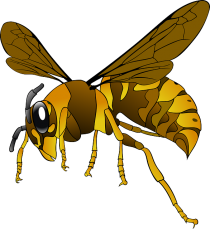 It turns out that murder hornets not only exist, they have found their way from Asia to the state of Washington (which was also the location for the coronavirus’ first big outbreak in America. I think the people of Washington deserve a break, don’t you?)

Some of these murder hornets can fly about 20 miles per hour and grow to be two inches long, which is about two inches bigger than you want anything with a stinger to be.

The New York Times article says the “Asian giant hornets can use mandibles shaped like spiked shark fins to wipe out a honeybee hive in a matter of hours, decapitating the bees and flying away with the thoraxes to feed their young. For larger targets, the hornet’s potent venom and stinger – long enough to puncture a beekeeping suit – make for an excruciating combination that victims have likened to hot metal driving into their skin.”

If I’d read about this horrifying insect four months ago, I would’ve been better able to handle it. Perhaps I could’ve put the risk in perspective. But now? Now that we’re in the midst of a global pandemic? Now that we’ve been through eight weeks of some of the most disturbing news headlines of our lifetime? Nope. I’m done. It’s over. I’m stepping out of the constant news stream so I can curl up into the fetal position and wait for next year. 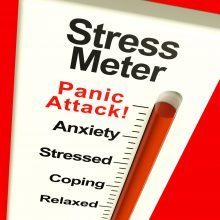 They say timing is everything, and these murder hornets (who kill about 50 people a year in Japan) have the worst timing. The human brain can only process so much. We were already running high on the stress and anxiety chart, and then murder hornets come along and push us right over the edge.

Now I not only have to avoid someone else’s virus-laden “breath cloud” when I pass them on the sidewalk, I must also watch out for these flying nail guns of death. In addition to rubber gloves and a mask, I may have to buy a medieval suit of armor coated in bug spray just to go out and get the mail.

In my mental list of things that freak me out, murder hornets rank right above sharks and are running a close second to toilet snakes. (Do not Google that phrase. Trust me on this.) I was already having weird dreams during this quarantine. I didn’t need more nightmare fuel added to an already full tank.

But let me leave with you with a glimmer of good news – if there is any good news left in the world. Entomologists are on a mission to track down these murder hornets and exterminate them before they get too comfortable in America and start eating Quarter Pounders and watching Netflix. I’ll be praying for their success.

Who knows? Maybe by this time next year, we’ll be plague-free and murder hornets will be a distant memory. In the meantime, let me know when things settle down out there. I’ll be hiding under the bed with a really big flyswatter.