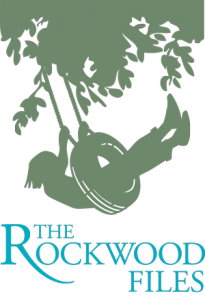 Sweaty greetings from the middle of a heat wave. Today I took the kids to the pool for a swim lesson and waited by the water’s edge, watching the class learn the backstroke. It was mid-morning and the temperature had already climbed to a humid 96 degrees.

The wind blew hard, but it wasn’t a cool breeze. This was the hot breath of an angry dragon. The heated gusts blowing against my damp skin made me wonder if this is what it feels like to be a wet sock in a clothes dryer set on “hot” – the stifling winds buffeting you to and fro as you tumble for what feels like eternity.

The only thing good about a heat wave is knowing it’ll be over – eventually. When I was 7-years-old, the record-making heat wave of 1980 gripped the little farming town in Southern Arkansas where I grew up. It was one of the most devastating natural disasters in history, and the agricultural damage it caused totaled about 20 billion dollars.

When you live in a farming community, a heat wave coupled with severe drought threatens the livelihood of nearly everyone you know. Drought was the daily talk around every table at the donut shop. On Sundays, local preachers led their congregations in prayer for rain and relief.

We were glued to weather forecasts in hopes there’d be news of a coming storm front. I remember one 5 o’clock newscast when the apologetic meteorologist emphasized that he only reported the forecast and wasn’t personally responsible for how terrible it was – evidence that people were blaming the television messenger in addition to Mother Nature herself.

We lived in town, a block off of Main Street, so I didn’t see crops withering in the fields like so many families did. But I did see the heat wave in action just steps from our backdoor.

There was an alley running behind our yard that gave us a shortcut to the dollar store. My older brother and I walked down the alley nearly every day, kicking at pea gravel while we jingled quarters in our pockets we’d found under sofa cushions. We’d stick our quarters into the dollar store’s Coke machine because an icy cold NuGrape soda made the intense heat a tad more bearable.

One day in July, we noticed a hairline crack snaking its way through the center of the alley. It grew each week, longer and wider, as the rain refused to come and the hundred-degree heat baked the earth. By the end of July, the crack was about 10 feet long and it was wide enough for my foot to fit into it. By mid-August, it was big enough to fit both feet inside. It was as if the earth was opening its mouth, begging for a drink of life-saving water.

That drink didn’t come until a force as powerful as the heat wave itself – Hurricane Allen – made landfall in southern Texas in early August. As the hurricane fell apart and moved inland, it triggered the end of the 1980’s heat wave stretching across the Southern Plains.

When the rain finally returned, we were thankful. No one complained that winter when temperatures frosted windshields. The brutal heat had made us mindful that things could always be worse.

If this summer’s heat wave is a mere glimpse into the climate of Hell, then maybe God uses extreme weather patterns to remind us of where we don’t want to end up. If so, you’ll find me inside marveling over the genius of air-conditioning and brushing up on the Ten Commandments. Bring on the fall.