My wife, Jamie, was ready to go back to school. I was ready for a change of pace; with lots of entrepreneurial ideas. I needed only to stay home with our two and a half year old and one year old until they were big enough to go to school. That’s when my American dream would take flight!

The adjustment wasn’t too bad. The rhythm of eat, clean / eat, clean / sleep / eat, clean, sleep, was just fine. If I could carve out time for a creative project or an outing, I felt pretty good about things. We played outside, built a path in the garden and even raised a hog.

In my former life, as a teacher, most of my days had an identical routine. There wasn’t much room to stray from the curriculum. For me, that was a bit hard. I learned that I had a need to be creative, to try out my ideas.

Staying home with two young children, I didn‘t get out much. Though the freedom I found within my familial confinement was exciting.

The pantry shelves started to multiply! Soon, they went all the way to our old farm house’s ten foot ceilings. As men are wont to do, I started colleting motorized tools; albeit, small kitchen appliances. (How else should I be expected to twist a tater?) One shelf donned a new row of electrical outlets, the next, shoulder to shoulder slicers and dicers. One of my proudest achievements though: a work station for the efficient making of breakfast cereal!

Harkening back to my years of teaching, I started to put real thought into pedagogy: the art of organizing children’s surroundings and activities to make things run smoothly. I felt like the master of my domain! If there was such a thing as a professional, in terms of dad-ness, I was it!

I was dozing off one day, laying between two napping kids; our morning had run like clockwork. I got a call from Jamie at work. She was pregnant! It didn’t jive with our plans, but we collectively took a deep breath and pledged to forge on. My plans would take a little longer to be realized, but they were still intact.

Nine months later we had TWINS!

All projects, outings and delusions of pedagogy were out the window! Not only were those methods out the window, but they had galloped off unceremoniously into the sunset! It would take three years before we would see a few vestiges of order return to our home; like prodigal sons.

We had four kids, ages four and under; two of those in cloth diapers. Jamie was at school during the week and worked on the weekends. It was laughable, the thought that I was on the path to becoming my own boss. Four little people, unable to do much for themselves, dictated my every activity.

I found social media to be a nice reprieve, once the kids were in bed. Friends and family could at least be ‘seen’ via Facebook. I began to explore You Tube. To my surprise, there was some quality content there; not to mention funny cat videos. Not only did people make a living creating online video, but there was real community; people of every stripe and interest!

I found my new outlet!

I had lots to say and almost no one to say it to. I need to make something clear before I go on: I have a great love that’s been a part of my life since before I knew Jamie. In fact, there are parts of my heart in which Jamie willingly concedes and takes the back seat. It’s my sweet 1976 VW Bus, ‘Willie’. He has a giant sunroof, rusted and peeling Jones Trucking signs for door panels and his face; the gaze from his headlights say, “I love you too”.

Becoming familiar with You Tube, I had learned that a blogger who uses video was called a “vlogger”. For my new vlogging identity, I combined that knowledge and my fraternal love for ‘Willie’, becoming Busvlogger! 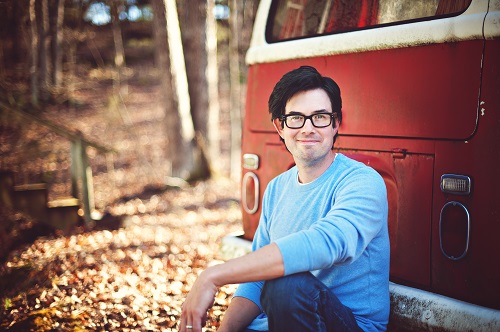 Today, Jamie is out of school and enjoying her new job. Our two oldest kids are in elementary school and the twins are potty training. I’m getting to do some of those long dreamt of projects now. Only I hadn’t planned on having a couple of three-year olds in tow when I dreamt them. Furthermore, I never envisioned having an online brand with it’s own community of followers.

Without the unexpected, I would never have believed a video called ‘Princess Unicorn Rainbow Cupcakes‘, a video that would scoot through more than a million views in a year, would be counted as a success of mine. (Note from the mamas: Watch this video at the top of the post. We dare you not to smile.)

Life is funny. People try to do the things that make them happy. They can make plans and set out to do a job. Often, however, the job a person is given is not what they signed on for.

My new motto: “Life is what you make it. Let‘s get our hands dirty!” 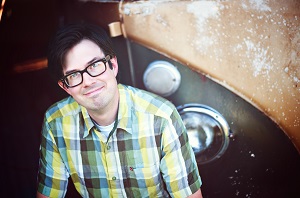 Known online as ‘Busvlogger‘, James is a stay at home dad and video blogger. His family has made Northwest Arkansas home for five generations. He and his wife are co-founders of a youth and children’s outreach that creates event opportunities for local ministries and the students they serve. Though he is new to traditional blogging, James has high hopes for integrating video and written word. Follow his hands-on approach to life, as he and Jamie tackle the TO-DOs of bringing up four children and breathing new life into their 1936 craftsman farmhouse and homestead. Follow him on Facebook HERE and Twitter HERE.