The first thing I thought of is how a lot of people won’t stop to pick one up. After all, they’re not worth much, and they’re not even made from solid copper anymore. Years ago I when I was still teaching high school, the cost of a teacher-lunch was $2.05. My friends and I made a game of trying to find five pennies on the ground by the time we had walked the distance to the lunchroom. More often than not, we were successful because our students discarded pennies they received in change. 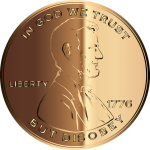 The penny I picked up today reminded me of the one I nearly passed by. A preacher-friend pointed to the gleaming portrait of Lincoln shining in the Mississippi sunshine and chastised me for not taking it. When I countered that it wasn’t worth the effort, he replied: “You always pick up a penny, John, because every coin has a sermon written on it. Every one of them says, “IN GOD WE TRUST.” 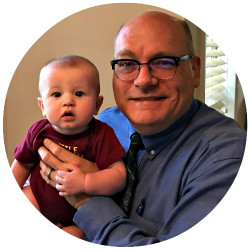