7 “But when you hear of wars and rumors of wars, do not be troubled; for such things must happen, but the end is not yet.

Today I bring the latest installment of (partial) explanations concerning the gory nature of the Old Testament. Truly, today’s topic is so awful that I would not dare to touch it—if it were not for the fact that it’s included in God’s Holy Word. Look at this passage:

26 Then, as the king of Israel was passing by on the wall, a woman cried out to him, saying, “Help, my lord, O king!”

27 And he said, “If the LORD does not help you, where can I find help for you? From the threshing floor or from the winepress?”

28 Then the king said to her, “What is troubling you?” And she answered, “This woman said to me, ‘Give your son, that we may eat him today, and we will eat my son tomorrow.’

This gruesome story takes place during a time of “siege warfare.” An enemy nation had surrounded the people of Israel and entrapped them within the walls of their own city. Because of this, no food could come into the city, and they were starving. In their desperation even mothers had resorted to cannibalism.

Why did God record this terrible story in His Book? Well, first of all, it’s recounted because it is true. The Bible is different from every other religious book in the world; It reveals the true nature of the lives of God’s people and does not gloss over their failings. 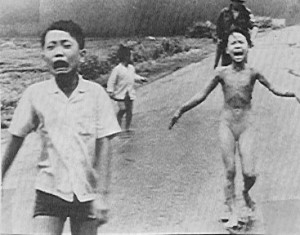 But perhaps this narrative is included in the sacred text because it is an honest account of war. War is an unfortunate result of life in a fallen world. Jesus said that there would be “wars and rumors of wars” until He returns again. And General Tecumseh Sherman’s statement that “War is Hell” is most certainly true.  The Bible just gives the specific details of what kind of Hell it is.

I’ve had many soldiers talk with me about the horrors that they’ve faced in military conflict. One young man was forced to shoot a 7-year-old who walked up to his platoon and was pulling the pin from a live grenade. Can you imagine? Now, that is Hell for everybody concerned.

You would do well to sit down with a battle veteran and talk with him or her honestly and in-depth. They try to keep us shielded from the ugliness of war. Because of that we’re able to live under the illusion that our freedom comes without a price. But a conversation with a combat veteran makes us aware of the true cost.

Give thanks to God for our liberty and those who fight to protect it. And then pray (and work) with all your might for peace. 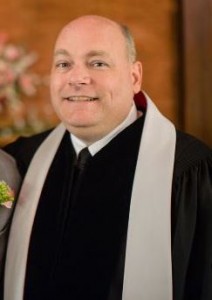 Dr. John L. Cash is the “Country Preacher Dad.” He was raised in Stuttgart, Arkansas, and has spent the last 29 years being a country preacher in the piney woods five miles south of the little town of Hickory, Mississippi. (On week days has a desk-job at a public school, where he used to teach Latin on closed-circuit-television.) He and his lovely wife, Susan, live in the parsonage next door to the Antioch Christian Church (where the congregation had a very happy Memorial Day Sunday.) Their kids include Spencer (age 24), his wife Madeline (age 24), and Seth (age 20).