Because you’re readers like me, I know you’ll understand how I felt when I saw this headline in last week’s paper: “Stuttgart, Helena newspapers to close.” The newspaper in Stuttgart, my hometown, published my first column more than 20 years ago. But more than that, it’s the paper that reported news long before I existed and, I assumed, would still be cranking out stories long after I’m gone. 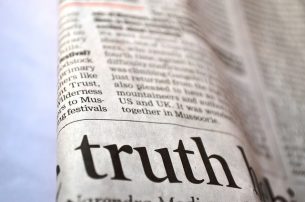 The report said the newspaper is for sale now. Maybe another company will buy it and run it successfully for decades to come. I hope so. But it’s not just because the paper has a place in my heart. It’s because newspapers are a vital part of the glue that holds communities together. Newspapers are committed to telling the truth even when people in power don’t.

Is it a perfect system? Nope. Reporters and editors sometimes make mistakes, the same way doctors, mechanics, chefs and other professionals do. When reporters mess up, however, it happens in public, which may explain why people often have a negative view of the press.

At its core, newspapers are a collection of storytellers – people writing, printing and distributing true stories of the life happening all around us and to us.

Many people won’t feel the sting of the paper’s closing, mostly because they’ll be too busy looking down at their phones to notice. It makes me a little crazy when people say they get their news from sources like Facebook or Twitter. Unless the tweet or post you’re reading was put there by a credible newspaper, magazine or television news bureau that’s staking its reputation on the story’s accuracy, what you’re reading online is mostly unfounded rumors passed from one person to another – like kids gossiping on a playground.

The Internet age has brought with it tremendous gifts, but it has also done some damage along the way. It has convinced many of us that some of the things we used to gladly pay for – like solid journalism – should cost us nothing. But good reporting involves real people doing real, often tedious work – creating a public record we can all count on. The last time I checked, real people doing real jobs deserve to be paid.

The loss of a small-town newspaper also diminishes opportunities for tomorrow’s journalists – the ones destined to break the big stories of the future. When I was 22, I started working at a newspaper down the street from my college campus. I was the newsroom secretary – typing wedding announcements, answering phones, fetching Cokes for busy reporters on deadline. 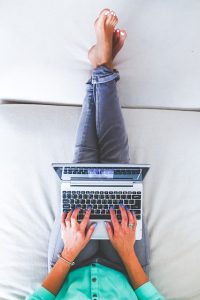 Desperate to write some words of my own, I stayed up until 3 a.m. one night writing what would become my first column. The hours felt like minutes, and I hoped maybe the essay could find a way into print.

My mother suggested I send it to the Stuttgart Daily Leader’s publisher along with a personal letter asking if there might be an opportunity to get it published. I did it, and he said yes. The publisher in 1995, Gene Austin, was a seasoned newspaper man who perhaps saw the spark of a fellow storyteller in the making. I’ll be forever grateful to Gene and to that newspaper for giving me a chance that turned into a 24-year career as a columnist.

If I hadn’t received that “yes” early in my career, I wonder if I might have set aside writing for something else? In some ways, writing is like practicing piano. If you stop sitting down at the keyboard, you lose the rhythm of the words, the fun of phrasing, the satisfaction of a story well told. Young writers need newspapers and places to practice their craft.

If my hometown newspaper does find a way to carry on, it’s likely it will be in a digital format. The paper purists out there might hate that change, but I think a newspaper in any form – print or digital – is a good and necessary thing. The world didn’t stop listening to music just because cassette tapes gave way to a new delivery method.

Newspapers can and do evolve, and hopefully – when prayers are answered – eventually thrive again.