During what many would describe as the suckiest summer in recent history, something good happened at our house. Two of our three children have become gainfully employed with their first official jobs.

Our two sons – the 18-year-old recent high school graduate and the newly mobile 16-year-old – both found part-time jobs at a place that serves frozen custard. They applied for and landed the jobs before the pandemic shut most things down in March. Once the weather got warmer this spring, they started work.

I was hesitant about the timing, especially as virus cases surged again this summer. But the frozen custard place is drive-through only and the managers take temperatures, enforce usage of employees’ masks and are laser-focused on cleanliness.

In addition to the boys’ good health, I’m increasingly grateful for what their first jobs are teaching them. If I could write their bosses a letter, here’s what it would say: 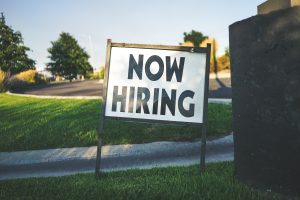 You have no idea what has happened to my teenagers since you posted that “Now Hiring” sign in your window. What started out as a family trip to get dessert led to an opportunity that has changed them in significant ways. Even though I’m the parent who has instructed and nagged them over the years, the truth is that you as their boss have helped my kids grow up in ways that I couldn’t.

For example, a mother can tell her teenager all day long that first impressions really do matter. That it’s always smart to show up to work a little early. But when a manager says, “Hey, you were 5 minutes late today. Don’t do that again,” the lesson finally sinks in. It finally sticks. That lesson went from being an annoying thing his mother once said to becoming a fact. Now, he leaves for work early and probably always will.

Their dad and I gave the boys a heads-up before their first day of work. We told them that being the new kid on the job is never easy, no matter how old you are. We warned them that the “I don’t know what I’m doing” feeling is normal, but it can often feel scary and miserable. We assured them things would get easier with each shift they worked.

But it was the actual work shifts that helped them learn these truths for themselves. When they were new, they made mistakes. They felt stupid. But they were fortunate enough to be taught by managers who didn’t demean them – people who helped them through those first few nerve-wracking weeks. Particularly for our oldest son who will head off to college next month, I hope he remembers that he worked through the “fish out of water” feeling at his first job, and now he can do it again in college.

Thanks also for wearing them out. Their dad and I both smile when they get home at the  end of a shift completely exhausted, smudged with chocolate sauce, sweaty and sore from being on their feet for hours and then ending the shift with a mop and a bucket.

Their work is fast-paced, and it challenges them both physically and mentally. Perhaps the pandemic has triggered an increased demand for comfort food because our boys say there is rarely a slow moment during their 6-hour shifts. They’re working hard for the money, and there’s something so good about that. I know it will serve them well. 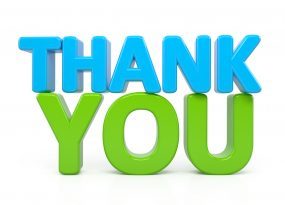 Speaking of service, this first job is also reinforcing what we, as parents, have been showing them since before they could even talk. That kindness matters. That good manners count. That what you say and your tone of voice are important, and that it’s never okay to be rude, no matter how bad your day was or how much money the person in front of you makes per hour.

Now that our kids are working in a service industry, they see firsthand that mean-spirited people are an attack on human dignity. They’ve learned a deeper appreciation for the kind customers and have learned to endure the rude ones. Because of this experience they’ve had, I never have to worry that they would ever become one of the rude ones.

Finally, thanks for putting some money in their wallets. Sure, it has kept me from being their maternal ATM this summer, but it’s so much more than that. Now they have bank accounts and debit cards. They have a savings account. Through their banking app, they can see how the money comes into their account and how quickly it can go right back out if they’re not careful.

Now that it’s money they’ve worked hard for, they have a new perspective on how much they’re willing to pay for things. Lately they’re drawing much more distinct lines between “wants” and “needs.” And they’re proud of the money they’ve socked away in the bank because they know they earned it.

My teens grew up mostly at my house, but now I can see that they’ve done some important growing-up work at your place, too. We are forever grateful.