My eyes were shut tight, but I could hear his approach. His guttural breathing came out slow, deep, and just loud enough to let me know he was too close. I tried to be still, but my body flinched when he grabbed my shoulders. 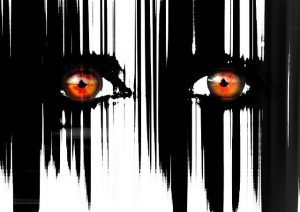 My eyes flew open and I lunged toward him, jabbing my fingers toward his eyes. When he instinctively leaned back, I kicked – hard – between his legs. I did it again, and again, and again, pausing only long enough to keep my balance before launching another kick.

He finally fell to one knee. I froze for a moment. Then I heard a woman’s voice say, “Kick the head!” I obeyed instantly and kicked his head, sending him to his back where he curled into a fetal position and stayed. I backed away a few steps, looked around and then ran.

When I escaped, clapping was the only thing I could hear over the sound of my own breathing and the fast thudding of my heart. I jogged to the end of the line of my fellow classmates and stopped to put my hands on my knees, waiting to catch my breath.

“Good job,” said the self-defense instructor. “Don’t forget to keep attacking until he’s completely down. Now let’s have the next person in line get into starting position.”

That was the first time – and I pray it will also be the last time – I try to poke someone’s eyes out and repeatedly kick him in the groin. In the safety of a self-defense class, no one gets hurt. Our “attacker” was a police officer who helps an instructor teach people skills he hopes we’ll never need in real life. He was dressed in a bulky, protective suit and helmet that shields his head and body.

Some of the people in my class were fellow mothers. Some were grandmothers and a few were teenage girls. Our instructor was a certified self-defense teacher of Fear Adrenaline Stress Training (F.A.S.T. Defense). During class, we helped each other practice not only verbal techniques and body language designed to prevent a physical attack but also what to do if a confrontation becomes violent.

There was plenty of nervous laughter along the way, partly because it felt strange to be kicking, slapping and stabbing at a stranger in front of a group of onlookers. But we also laughed to diffuse the tension of knowing that most attacks are real – with lasting and sometimes lethal outcomes.

I’d dragged Shannon along with me to the class because I knew both of us had been “meaning to” take a self-defense class for years, keeping it on a mental “should-do” list along with things like backing up the computer files and finding the missing Tupperware lids. But during this class I realized I shouldn’t have waited so long.

But that’s the thing. We all think we know what we’d do in a dangerous situation because we watch them on TV. How many times have I yelled at someone on screen, urging them to run or duck behind a wall or elbow a guy in the face? It’s so easy to see what a make-believe victim should do when we’re critiquing them from the safety of a sofa.

What I learned from our instructor is that things are different when your heart rate speeds up. You lose fine motor skills followed by complex motor skills. You get tunnel vision, and it’s often difficult to think or remember. The purpose of self-defense is to learn how to control the rush of adrenaline the body experiences and avoid “freezing” in fear when it’s time to fight or escape.

I’m planning to send my sons as well as my daughter to self-defense class, and I hope all of you have access to this kind of training, too. If you do, don’t put it off with vague plans to get around to it “sometime.” Threatening situations don’t make reservations, and advance notice is a luxury we don’t often get.