Today was the first day of spring but no one told the sun. It was an overcast day whipped around by a cold wind, so I stayed inside and did what people are supposed to do in spring. I cleaned.

But I didn’t wash windows or scrub baseboards, even though they need it. I did something I knew would be good for my soul as well as the house. I purged and containerized.

We’ve lived in this house for 12 years now – longer than we’ve ever lived anywhere else. 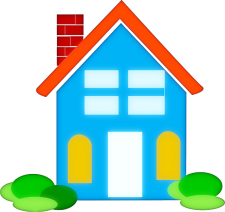 And the past dozen years have taught me that homes, much like the people who live in them, tend to put on weight over the years. They get a little pudgy with possessions, and these unintended accumulations show up in certain “trouble areas,” like closets and drawers.

So today I put the house on a crash diet. I started with the linen closet, which had become a disheveled snowbank of sheets threatening an avalanche every time I opened the door. I kept rummaging through it weekly, trying to figure out which white sheets where king-size and which were queen. Stuffed in the dark recesses of the closet were mismatched pillow cases and tablecloths that were older than all three of our kids.

I began with the purge. It’s important to be in the right mindset when conducting a closet purge because, if you’re not, you’ll end up keeping a threadbare pillowcase just because it was the one your third kid used the night she lost her first tooth and put it under the pillow for the Tooth Fairy. Purging and sentimentality don’t mix. So, I resolved to be relentless while sorting the linens – like someone on the first day of a diet who passes up a cupcake in favor of a carrot stick.

At the end of the purge, I had a stack of linens to donate and a few to throw away, too. I felt great because the closet had already lost at least five pounds. Then I measured each shelf and went to the store to buy containers.

I met a professional home organizer several years ago at a business conference, and she said her best tip for getting organized and staying that way was to “containerize” things – to give each group of things its own “home” instead of letting things mix and mingle willy-nilly on open shelves. (Mixing and mingling is apparently how clutter reproduces when we’re not looking.)

With a dozen matching bins, I returned home and put each stack of linens into their new containers – one for king-size sheets, one for pillowcases, one for tablecloths, etc. Then I let my inner nerd loose to use a label maker to mark each container. Once the labeled bins were lined up on each shelf, I stood back and admired a linen closet so organized it would make even Martha Stewart weep with joy. 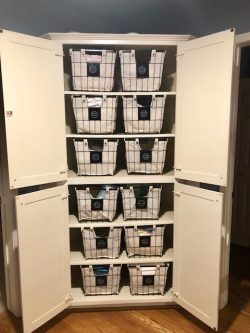 Still high on the sense of accomplishment, I moved on to the kids’ playroom, a few disastrous drawers, and another cluttered closet. During the process, I found charging cords, earbuds, and pieces to board games that have been wandering around in pawn purgatory for who knows how long. But what’s even more important is what our house has lost – pounds of clutter that, over time, has a way of creating frustration in what should be a place of calm.

Spring cleaning isn’t just about cleanliness. Sometimes it’s therapy. Don’t underestimate the power of a few organized spaces to make you feel like a competent grown-up. On a tough day when nothing else is going well, I’m going to open the door to that revamped linen closet and bask in the logic, order, and the reassuring symmetry of a place where everything is as it should be.

From my home to yours, happy spring (and pass the label maker).