It’s happening. I’ve seen the symptoms before so it’s easier to diagnose it this time. And even though I know what it is and I know it’s not permanent, it’s still unsettling. My kid – my sweet, kind-hearted middle kid who always loved a good hug and thought I was smart and funny – has become a teenager. 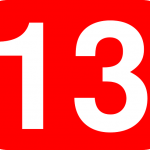 It became official a few days ago when we celebrated his 13th birthday, but he’s been accelerating up the teenager on-ramp for months now.

The symptoms are all there. The dramatic eye-rolling. The heavy sighs. The increased skepticism that I know what I’m talking about. The conviction that anything I pick out for him to wear must be, by default, uncool and dorky. The lengthy text trails with friends. The barely-veiled irritation of being told to take a break from Xbox and do his chores. It’s a textbook case of being 13.

I know it’s normal because I saw it happen to his older brother two and a half years ago. Looking back on it, I’d say it’s kind of like watching your kid go into a tunnel without you. You know he’s in there, but it’s hard to reach him and sometimes it’s so foggy that you barely recognize him as the sweet boy you knew so well. He is often annoyed, frustrated or angry because suddenly his parents seem so strict, overly protective and old-fashioned. 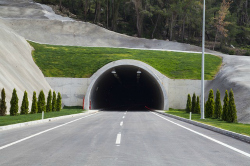 This teenage tunnel can be dark and twisty, not only for the person going through it but also the parents waiting for him to emerge on the other side. It’s not easy to go from being generally well-liked by your kid to being some clueless middle-aged woman who once gave birth to him but generally understands nothing and is slightly embarrassing in public.

The tunnel even changes the way your kid communicates. Before he entered this phase, this kid was the sweet one – the creamy white filling in our three-kid Oreo. Like most middle children, he was the peacemaker of the group – the one who was happiest when his siblings were happy.

But the teenage tunnel changes things because now he sometimes veers from sweetness and drives headfirst into sarcasm and snarky comebacks. I can tell he’s annoying his little sister for no other reason than because he can – for the pure sport of watching her get riled up.

He saves some drama for his mama, too. The other day, as I was preparing to host a big charity event for work, I made a comment that I was looking forward to the day after the event, when I could relax and my nervousness would be behind me.

From inside the teenage tunnel, my kid’s response was this: “Will you be happy it’s over, even if it’s a complete disaster?”

“Um… I hadn’t thought about it being a complete disaster,” I said, “but thanks for the vote of confidence, son.”

“Anytime, Mom.” Then he went back to downloading apps.

See what I mean? Dark and twisty with a side of sarcastic snark.

Adding insult to injury, the kid is also trying his best to be bigger than me. He’s only about an inch from being as tall as I am, and he outgrows his shoes and jeans in about the same time it takes to cook a frozen pizza, which he refers to as “a snack.”

I know the teenage tunnel won’t last forever. His older brother is 15 now, and I’ve noticed that he’s not nearly as moody and argumentative as he was when he went into the tunnel a few years ago. I trust that they will all emerge from the tunnel one day, and we’ll laugh and tell stories about it when they’re older.

But for now, it’s not easy for him or for me. And the truth is, I’m going to miss him while he’s in there.