I have been with my bf for 2.5 years – after only one month together we had a heater row – as i turned to walk out of the door he shoved me, quite forcefully from behind, lurching me forwards .. i turned round in shock asking ‘did you just push me’ – he replied ‘no’ and then pushed me a second time. I retaliated by shouting, and this resulted in a break up. However we made up a few days later – he denied ever pushing me and just said ‘i was in his way’.

This did happen again about 1 month ago – again during a heated argument he approached me from the front and pushed me back with both hands on my shoulders – he continued to push me another 3 or 4 times, until i was pretty much across the room – i kept saying to him ‘dont push me’ – after the shoves/pushes he walked away. he has never apologised for either. Again the other day, whilst in a confined space (the bathroom) he shoved me again with one hand on one shoulder, into a corner – this time i yelled at him ‘ do not push me ‘ – due to the fact i was stuck in corner I pushed him back, hard on his shoulder – his face was a rage and he yelled at me to get out.

I have told him i will not accept any more episodes of him pushing but he just denies he has done it – again saying i was in his way, which i was not – the door was at the side of me and he could have walked out After this 3rd episode I told him the relationship was over – we have only texted each other a couple of times, with minimal words. I am devastated this is over, but feel I am doing the right thing – its hard to stay resolute though. He has never apologised for any of the shoving episodes.

Please can you advise me?

Thank you so much for reaching out with your question. I would agree that keeping yourself out of harm’s way is definitely doing the right thing.

Be that as it may, it’s normal to feel a deep sense of loss after making the decision to move on. It’s also normal to question the decision to end your relationship. That does not mean you are irresolute though. What you are going through is difficult, but unfortunately not uncommon. One out of three women experience intimate partner violence in some form during their lifetime.

As a mental health provider collaborating with nwaMotherlode, we are getting more and more questions like yours. Your question is also coming at a time when many people are increasingly aware of how frequent and pervasive it is in our society for those in power – either through wealth, influence, or physical control…to hurt others and then completely deny that it happened or take any responsibility whatsoever for their behavior. That’s not okay, and the abuse from your ex seems to be a representative example of this.

I can’t emphasize enough that you absolutely did the right thing by acknowledging the abuse and taking action. Well done! It often takes a number of attempts before someone leaves an abusive relationship. (Even though you are describing a long periods between abuse episodes, it seemed to be increasing and still fits within abusive relationship patterns.)

You are probably seeing other women taking action this month too, as they use “#Me too” in October to call out sexual assault and harassment. Through the shared experience of survivors of violence (physical or sexual) we are able to see amazing examples of resilience…and we are also better able to identify signs of an abuser. The National Coalition Against Domestic Violence is a helpful resource to help identify traits and warning signs of an abuser,  https://ncadv.org/signs-of-abuse 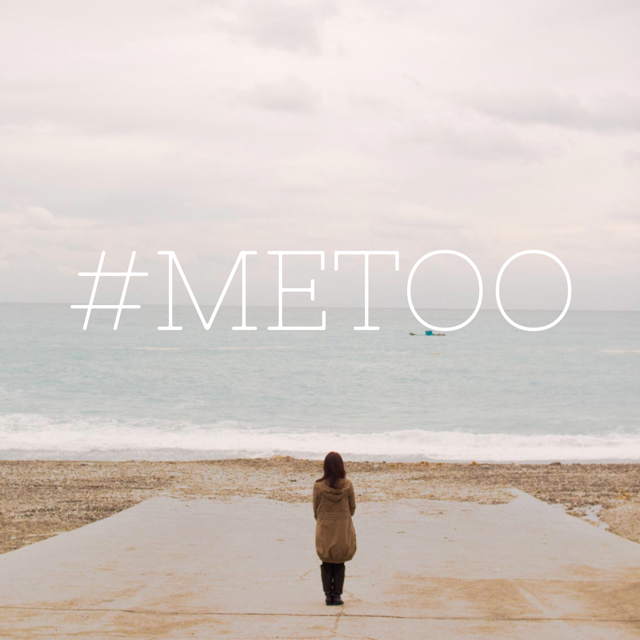 Denying the abuse and placing blame on the victim are two of the classic signs of an abuser. Abusers often deny and/or place blame on others by calling into question the perception and experience of the victim. When you are describing the repeated abuse of your boyfriend shoving you and then denying it ever happened, I’m reminded of many of the #Me too stories.

It also recalls the 1944 movie Gaslight. That movie is relevant here because the male character in Gaslight causes the woman to question herself and her decisions. He achieves this partly by just how confidently he asserts himself when challenged. (Just a note that it could be triggering for some to watch that dynamic, so it’s not recommended for everyone.) “Gaslighting” is used in the field of domestic violence to describe, at least in part, what you have experienced in your ex’s denying what’s clearly just happened.

Often, when abusers perceive a challenge to their power and control, which sometimes comes with an argument, they respond explosively and violently. After pushing, or hitting, or worse, they can feel relief from the tension that caused the violence and quickly “forget” the incident. Over time, this violence tends to increase as do the efforts to minimize and justify it.

You’ve likely heard the expression “cycle of violence.” It definitely applies here as your ex seems triggered by arguments, acts violently, and repeats. And when an aggressor like your boyfriend acts unpredictably out of anger during or after arguments, it creates an impossible living situation- where you can be left feeling like you are constantly walking on eggshells.

In addition to learning how to recognize abusive patterns in relationship, it’s key that you are able to grieve the loss of your relationship. Ongoing texting may make that more challenging.

You mentioned a couple of times that he has not apologized for the shoving. He may or may not apologize. Abusers often do though. Before he does, if he does, it will be important for you to understand what an apology means for you. If it’s opening the door again to the relationship, it’s also opening the door to the very high probability that he will hurt you again.  Abusers who shove or punch or worse have to successfully complete serious work on themselves, most effectively through professional help, to decrease the probability that the abuse continues.

There are lots of resources in Northwest Arkansas to help with domestic violence and mental health needs. Peace at Home Family Shelter provides emergency shelter and support groups for those experiencing domestic violence. Ozark Guidance often works with people who are struggling from the trauma resulting from domestic violence and/or the loss of a relationship.

Whatever you decide to do, it will be healthy to build good supports around you. That may be professional help like Peace at Home or Ozark Guidance. However, developing and maintaining natural supports like friends as you have new relationships will be a strong protective factor against unhealthy relationships in the future.

You seem like you are on your way to better things. We hope for the best for you.

Therapists at Ozark Guidance would be happy to answer your questions and read what’s on your mind. Click the butterfly icon below to fill out an anonymous submission form with your question or concern. The form contains NO identifying information and is designed to give local women an online place to share concerns with a person qualified to offer feedback.