My husband and I, along with my stepson and my 15-month-old son, will welcome another little boy to the Wallace family around Valentine’s Day.

At 18 weeks gestation already, this pregnancy has felt as if it’s gone much faster than my last one, probably because I’m taking care of a toddler in the meantime.

Early on, when the fatigue hit me hard, it was difficult to summon the energy necessary to take care of an 11, 12 and 13-month old. I corralled him for lots and lots of reading books together, which was incentivized by the Fayetteville Public Library summer reading program.

When he needed to run around but still wanted me to play, there were afternoons here and there that he orbited the couch, where I was laid up, and we modified play. I would inspect things he brought me and tried not to feel too bad if I couldn’t manage to get down and push a toy car or train.

A Baby Center article informed me that this kind of passing objects back and forth was early social development, so it was still stimulating for him. He’d still be interested and in a playful mood when my energy invariably boosted later in the day, or if I was truly depleted, when my husband came home.

The overwhelming nausea of early pregnancy posed a unique challenge while feeding and caring for Henry, too. Though he eats from our plates more and more, we’re still firmly in the baby food phase.

The smell of those heated, combination meat-and-veggie meals turned my stomach fast and often, so we relied a lot on produce, cheese and breads made into finger foods. And in the hours that my husband was home, he took more turns feeding Henry.

Our lowest point in the nausea-while-toddler-parenting moment was a night that Henry spent a lot of energy trying to get us to laugh. It was shortly after dinner when he kept popping out from behind the couch in a spirited peek-a-boo.

It made us roll with laughter, which made him laugh progressively harder and harder, until finally he choked on his own spit and his dinner came up — right onto my cardigan.

It triggered my own nausea, which left me dry heaving as I tried to point the stream of vomit away from our nice couch. Our husband, feeling a little helpless in the cycle of sickness, ran to get towels, reassuring himself with a repeated “Ok, ok, ok.”

On our worst days, one or both of us will yell, cry or pee his or her pants.

(Ask my husband about the night that I was convinced my infant son who I breastfed for a year didn’t love me just because he wasn’t properly saying “mama” yet. Never mind that he constantly reaches for me, gives me hugs and kisses, wants to play with me all the time and can’t sleep without me nearby.) Pregnancy hormones are intense. So are toddler emotions.

On our best days, our needs magically align for a beautiful schedule of napping together, eating at the same time— and with the same frequency.

Of course, this pregnancy has come with many run-of-the-mill worries.

As vain as it is, my very first and most persistent worry was about my roller coaster ride of weight gain and loss. I struggled with what was likely an undiagnosed eating disorder as a teenager. I coped with depression in my early twenties by taking up running, and made it a lifestyle. As a result, my weight hadn’t fluctuated more than 10 pounds in my adult life. Until I became pregnant, that is.

Having just come full circle on the last pregnancy-breastfeeding–weaning cycle, I am not thrilled to face healthfully gaining 30 (or more) pounds and the diligence it takes to get them off again.

To quell the fears, I do my best to snuff out the thoughts of how hard it will be to make time for workouts once I have another child around. Most days I focus on just working out now and re-read passages to remind myself of all the incredible things my body is creating for what I’m imagining is a beautiful baby in my womb.

My first child, Henry, has been truly blessed with good health. I had the mild complication of partial placenta previa with his pregnancy, but it resolved itself by third trimester. He’s never even had an ear infection, and I completely realize just how lucky we all are. 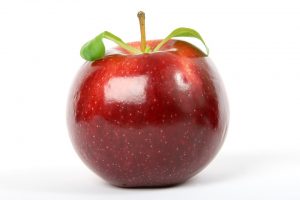 It’s hard to imagine, under the influence of these emotional days of pregnancy, that our second baby would be so lucky. I know there’s only so much under my control, but my concern for my new child manifests in staying active, eating nutritious things and doing my best to slow down when I simply need to rest.

New to me are the worries about the reality and logistics of having to care for what will now be three boys.

Women who have done this themselves assure me that you don’t try “harder,” because each good parent gives their all. And I’m told that it is indeed possible to fit two car seats into a Subaru. But imagine my face losing all color as I realized that my two babies probably won’t ever nap at the same time.

With Henry’s arrival, we taught my stepson how to find his own way in the kitchen to make his own simple meals (cereal, sandwiches, hot pockets, etc.); how to put his sheets back on his bed and how to tell if he put his shirt on backwards without arriving downstairs so we could tell him whether it was right. We gave him a key to the house so he could open the door when we all had our hands full and got him in the habit of consistently putting his dirty dishes in the dishwasher. 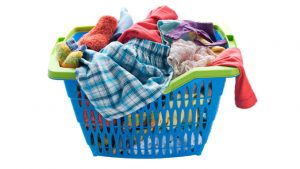 This time, as a full-fledged teenager, he’s been the reluctant recipient of more responsibility. He does his own laundry now. He gets a couple chores a week. He’s got limits for screen time and is expected to have hobbies beyond video gaming. He informs us of school and club function times and dates in advance (most of the time).

We just want our oldest and most capable to make good on that as our sleep and patience once again wanes.

The new baby’s health aside, Henry’s adjustment to life with a little brother is my biggest concern.

He’ll be 20 months when the day comes. It’s hard for me to know how well he could understand the changes coming before they arrive, since communication is still a little one-sided. I wonder how to properly explain the new baby and how to show Henry in advance how to treat him (we’re starting with a doll), and whether he’ll be jealous of baby brother breastfeeding now that he can’t any longer.

I want him to know and feel the constance of our love, time and attention, but the reality is that he’ll have to share those things before he gets to know this little human and before he has any true experience sharing.

My many pregnancy worries are not unique. I know I’m not alone in any of these, and I’m sure you may have felt one (or more) of these before.

But one of the biggest advantages to being both pregnant and a toddler mom? You don’t have that much time to dwell on the worries.

I’ve got to go, I’m sure Henry is climbing on something.