When I was a little boy, I liked to think about The Beginning of All Things. The book of Genesis tells us about the beginning of the universe.  Everything was “without form and void, and darkness was on the face of the deep.” Then God made the sun and moon, the Earth, the plants, and all the animals. He looked at everything He had made, and said it was “good.” Then he made people, and He said everything was “very good.” Clearly, things were good in the beginning.

But, even as a little boy, I knew there was a beginning before the one told about in Genesis. God existed in eternity, and there was nothing except God. I could never really wrap my head around that. I always pictured eternity as an empty room with no furniture in it, and there were little flecks of light floating around in a sunbeam. But I knew that couldn’t be right. Because back in Eternity, there was no room, no window, no floating flecks, and no light. I couldn’t even picture how there was empty space because empty space is something and back in the beginning there was nothing. In the beginning—in Eternity—there was only God.

But, even back in that beginning (before the Genesis-beginning) things were good. Father, Son, and Holy Spirit were together in Eternity. They had everything under control. And everything was good.

Why am I bringing this up? I’ve been thinking about a song we sing each Sunday at our church. This song is an ancient prayer. It goes like this: 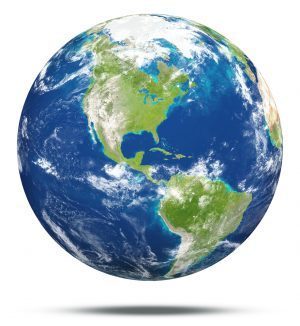 Glory be to the Father

And to the Son

And to the Holy Ghost.

As it was in the beginning

‘Tis now and ever shall be

Lately, I’ve added this prayer to my nightly petitions when I go to bed. It’s a great comfort to me as all of us teachers are struggling with the amazing strains and pressures that go along with teaching students in this time of COVID. The teachers (and students) of the world are in a big mess right now.

But one night while I was praying, I had a realization. When I pray “As it was in the beginning, it is now…” I’m saying that my situation now is just like things were in the beginning. When God made the world, He had a plan, and He said things are good. And back in eternity, things were good because God was in control. It’s the same now (for me) as it was for God in the beginning.

That little song makes me immensely happy. The Lord has always been blessing and sustaining the universe from the beginning, even when there was nothing. And that, my dear friend, means everything.

Dr. John L. Cash is the “Country Preacher Dad.” He was raised in Stuttgart, Arkansas, and has spent the last 34 ½ years being a country preacher in the piney woods five miles south of the little town of Hickory, Mississippi. He’s currently on a sabbatical from the preaching ministry, and is an English teacher at the Choctaw Tribal School. He and his lovely wife, Susan, live in a brick house in town (where Eleanor the cat said it’s too damp and cool to stay outside this week.) You can send him a note at countrypreacherdad@gmail.com.