Happy Wednesday, mamas! We’re halfway through another week. If you’re looking for a great novel to get into, we have one for you. 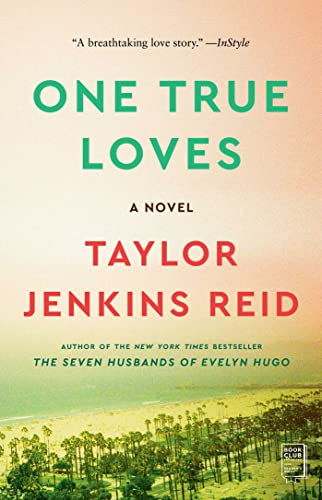 Here’s the easiest way for me to describe it. Did you ever see the movie Castaway with Tom Hanks? Remember how he’s in a plane crash and presumed dead for several years? But actually, he was on a deserted island all that time just trying to stay alive and figure out how to get himself rescued. When he finally makes it off the island and is found by a passing ship, he goes home but his girlfriend (or fiance) had already married and had a baby.

In the movie, the focus is mostly on the Tom Hanks character. But in this novel, One True Loves by Taylor Jenkins Reid, it’s a story about what life is like for a woman who is told her husband is dead and then finds out several years later that he isn’t. He has survived and made it off his own island to come back home. Except several years have gone by and by that time, she is engaged to be married. Both relationships are good. Great, in fact. You’ll find yourself rooting for both of these men. So what does she do now? Who does she pick and is she morally obligated to one versus another after all this time?

There are no easy answers in this novel and you will feel the emotional struggle right up until the satisfying end. LOVED this book! Hope you do, too.