Instructor: “Now, wrap the fabric around your wrists and then pull yourself upside down to do the inverted starfish.” 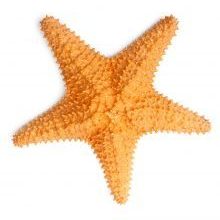 Me (inside my head): “Wait… what? Is she serious right now?”

I glanced around and saw the feet of nine other people go up in the air. Apparently, she was serious. This was happening.

I didn’t want to be the only fraidy cat in the class, so I took a deep breath and pulled. Suddenly I was upside down, hanging only by my wrists, with my head suspended a few feet off the floor. I was torn between two thoughts – “Yay, I did it!” and “This could go so very wrong.”

Before I describe what happened next, I should explain how I found myself hanging upside down by what felt like thin drapes. Back in January, when other people were setting reasonable New Year’s goals like saving money or drinking more water, I had only one mission – learn new things.

I’d run across a news article written by a neurosurgeon that said one of the best ways to keep your brain healthy and avoid dementia as you age is to keep challenging your brain to learn new things – even things you might be really bad at in the beginning. The doctor said that when your brain is learning new skills, it actually creates new connections in the brain and can even help promote growth of new brain cells.

For those of us who’ve seen dementia up close and personal in our own families, we have a deep understanding of how important it is that the brain stays as healthy as possible. If that means learning how to speak a new language or eating brain-healthy foods like berries, then let me be the first to say “Konnichiwa” (hello in Japanese) and also “pass the blueberries.”

Exercise and “social engagement” (which is fancy talk for doing stuff with people you like) is also reported to be great for the human brain. That’s why when I heard about an “aerial yoga” class offered in my area, I decided to sign up. I like yoga and knew it would be good for my flexibility, and the aerial aspect of it seemed like a fun twist, a way to make it new and challenging for my brain. I signed our 14-year-old daughter up to go with me because she said the videos of the aerial yoga class looked “rad.” (That’s teenager talk for “cool.”)

The yoga studio was beautiful with high ceilings and soaring windows. It was pure white, punctuated only by vertical slashes of striking, emerald green fabric hanging from the ceiling at fixed points throughout the room. Below each loop of fabric was a round, black yoga mat.

The instructor tried to put new students at ease by demonstrating how strong the seemingly delicate fabric actually is.

Instructor: “Don’t worry because this yoga hammock is tested and will hold up to one-thousand pounds.”

I don’t mean to brag, friends, but I’ve weighed less than a thousand pounds for as long as I’ve been alive. And as the daughter of a great Southern cook, that required some real restraint on my part.

Even though the weight limit should’ve put my mind at ease, I struggled to believe that the physics of hanging upside down by my wrists were truly on my side. On the yoga mat next to mine, my teenage daughter immediately flipped upside down, smiling like she once did on the jungle gym – no questions asked.

That’s the carefree joy of youth. She’s still too young to believe gravity has any real power over her. When you’re over 40, however, you have plenty of visual reminders of gravity’s effects. I’ve seen them and bought the anti-aging creams designed to fight them.

We both made it through the class and agreed it was the most challenging but fun yoga class we’d ever tried. My favorite part came at the end, when the instructor told us to stretch out full length in our yoga hammocks, close our eyes and rest while focusing on our breathing. I could’ve held that position all day.

When we left, I felt a little stronger, a little more flexible and grateful for the strange new connections my brain had made – like a brave, middle-aged, inverted starfish.