Remember the television show called “The Incredible Hulk”? It was on TV from 1978 to 1982, and my parents watched it faithfully on Friday nights. My mom usually had a basket of laundry she’d be folding on the sofa while she watched, and I’d hide my eyes behind that basket when the scary music came on because that meant someone had really ticked off Dr. David Banner, a mild-mannered physician and scientist, and he was about to turn into a raging green hulk of a monster with ripped denim shorts and neon green eyes. 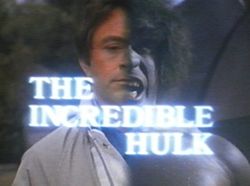 I was only about 9 during the last year the Hulk was on television, and I usually had to go to bed as soon as it was over. One time my older brother, who was a master in the art of sibling mind games, stuck his head into my bedroom just as I was turning out the lights to go to sleep. “You know, the Incredible Hulk lives in your closet at night. Better keep those closet doors closed.”

I think that’s the exact moment I became a night owl. I probably stared at those closet doors for hours that night and many nights thereafter, telling myself over and over that he was just kidding. But I watched for the closet doors to move, just in case I needed to make a run for it.

Those night-owl tendencies served me well in high school and college when I needed to cram for tests. And it didn’t bother me too much during my 20s and 30s when I had to work or stay up late with cranky babies into the wee hours of the morning. I’ve always loved the atmosphere in the house at 1 or 2 a.m. The phone doesn’t ring. There are no new emails. No errands to be done. The peaceful stillness is a welcome relief after the hustle of the day.

But now that I’m over 40, I’m learning a lesson nearly as painful as the Incredible Hulk’s accidental overdose of gamma radiation. I don’t bounce back in the morning as well as I used to. Last week, I stayed up too late reading one night and only got about five hours of sleep. The next day, I turned into something not unlike the Hulk himself.

Frustrated and irritable, I was a bad mood time bomb, just waiting for a reason to go off. Every single thing my husband did annoyed me, and he barely did anything but breathe and occasionally walk from room to room. Why are his footsteps so loud? Enough with the sneezing already! (He only sneezed twice.) Why is he so annoyingly cheerful today?

The rational part of my brain tried to reason with me.

Rational self: “You know you’re just tired, right? This foul mood you’re in has everything to do with how late you went to bed last night.”

Hulk self: “No, you’re wrong and stupid and I hate you!”

Rational self: “You should have lunch and rest a little. Maybe a healthy salad with some grilled chicken?”

Hulk self: “I’m too busy to rest. And salads are stupid! I’d like to punch that salad in the face. I want donuts and pasta and cheese dip. Carbs are the only things that understand me.”

That night, exhausted from hours of trying to keep my internal Hulk from smashing things and roaring at people, I put myself to bed early. After eight glorious, restorative hours of sleep, I woke up feeling so much better that I could no longer deny my need for the sleep I’ve so often skimped on. I’d morphed back into a mild-mannered writer again, Suddenly the weather was beautiful, my husband was charming again and my outlook was bright.

If you’re like me – a middle-aged night owl living in an early bird world – we may have to accept the fact that we can’t operate on as little sleep as we once did, nor should we. We must resist the temptation to stay up and chill out, warning those who would stand in our way of a warm bed and a soft pillow: “Don’t make me sleepy. You wouldn’t like me when I’m sleepy.” 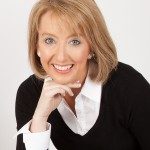