OK, ladies, if you’ve ever wondered what your husband or boyfriend was thinking, you might want to take a trip “Inside His Head”. Our panel of anonymous husbands really do tell it like it is. Check it out:

(Oh, and if you’ve got a question for our outspoken guys, just send it to mamas@nwaMotherlode.com and it may be featured in an upcoming installment.)

I found a questionable email from my husband’s female co-worker when I was on his account the other day. I was looking for a deal coupon to print out, but couldn’t resist looking at his other emails, too. He might be mad that I read other emails, but I’m mad that this woman is flirting with him on his personal email. There’s no telling what she’s doing at work.

GRAY: That you came across this email is probably proof nothing more serious is going on with the woman in question. How does that make sense? If he had something to hide it’s unlikely you would have stumbled upon it to begin with. Unless he’s a tad on the slow side, if he was really serious about going after someone he’d probably be more aware about covering his tracks.

Some folks are flirty by nature and their advances mean nothing. Flirting in the office probably isn’t the best behavior to engage in, yet it’s commonplace. So why does she have his personal email? It’s been my experience that having such information is more common than not. The line between work and home has been increasingly blurred as technology advances.

So you shouldn’t be mad. Right? Well…no. I think you’re completely within your right to be upset. If I were in your shoes I’d simply ask who this so-and-so is who’s acting so friendly. Most likely it’ll be something completely innocent – like the feisty 73-year old from payroll – and you’ll both be left with a good laugh.

Even if the woman has genuine intentions, it could be that he’s tolerating her behavior to keep things diplomatic knowing she’ll have her eye caught by someone else next week. And he may not want to cause hard feelings over such a non-issue. You’ll never know until you ask him. So ask!

Will he be mad that you looked at his email? Please. We know how you women are. I think we just assume you read and monitor these things as a strange way of showing your affection. It’s great that you came up with the cover story about the coupon though 🙂

MAVERICK: The fact that you found out about the flirty, emailing co-worker by prying into your husband’s personal email takes a lot of the zip out of your otherwise justifiable wrath.

While your apparent willingness to tromp all over his rights to privacy isn’t admirable in any respect, the danger of him being involved in an extra-marital affair isn’t something you can ignore. 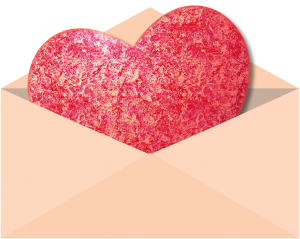 If he’s guilty, it needs to be addressed, if he’s playing footsie with the idea of a fling that has to be stopped, if he’s innocent, you’ll still think he’s guilty without finding out the truth so the marriage is in danger on that end.

So, tell the truth. Tell him you’re less than proud of how you came across this email, apologize for being a snoop, but tell him this information you came across has you deeply concerned.

Be prepared for him to turn this back on you. Take full responsibility for the prying but don’t let that be the end of things. Find out what’s going on with this woman. Also, don’t let him minimize it or laugh it off. This stuff is serious – it’s how affairs start or is an indicator one is ongoing.

This coworker could be flirting with him and he might have done nothing to warrant the attention. It happens. Ask him to nip this in the bud. While women are much smarter about this sort of thing then men, he needs to be direct and tell her he’s not interested in this sort of communication.

If he’s been equally flirty with her but nothing has “happened” between the two, urge him to disengage from this woman and to do so clearly and cleanly. No subtle stuff. It needs to stop.

Now the really hard part. If the flirting is simply part of an already ongoing extramarital fling he needs to end it and to find another job and you two need to go directly to marriage counseling. Any other “solution” will not work in the long run.

It’s regrettable that you found out about this the way you did but it could be a real problem if this “flirting” is left unchecked. If your husband is totally innocent, he still needs to know what you did.

The ends do not justify the means in a marriage. And stay out of his email.

MICHAEL: We’ll skip the issue of you “not being able to resist” reading his mail for now and focus on the coworker.

I believe that he’s innocent until proven otherwise. Context can be very difficult to discern in an email so I will caution you not to jump to conclusions.

That doesn’t mean that you shouldn’t address the issue. Sometimes work relationships become closer than we intend and we need to be reminded where those boundaries should be. This is your opportunity to do that. Of course this is complicated by the way that you came upon this information.

You should bring this up to your husband in a non-confrontational way. Explain to him what happened and apologize for reading his email. Tell him you want to hear what he has to say before making any judgements. Find out if perhaps this attention is only one way.

I would ask him why he’s getting emails of that nature from this woman. If he gets defensive about it then I think you need to push it a bit further and find out if there’s anything more to it. More than likely if it was just playful banter he’ll blow it off as nothing.

If it bothers you though then you need to make it clear that its unacceptable and it is damaging to your relationship. It’s unlikely that he can completely avoid this woman but he should try to minimize his contact if it bothers you.

Now back to reading his email. I’ll tell you what I tell my children. If its not yours, leave it alone.