I’m married to a great man who’s also a great dad, but I feel frustrated by his lack of romance. He says he’s “not very romantic” but I remember that he was when we were first dating. I don’t expect roses every week or for him to cook me a candlelight dinner, but I would appreciate a little affectionate note every now and then or a special treat occasionally. I’ve dropped hints, but he doesn’t seem to be picking up on my bread crumbs. Should I just come right out and tell him some of the gestures I would like? Would it be annoying to you if your wife did that?

GRAY: This shouldn’t come as too much of a shock, but men aren’t the best at picking up subtleties.

For that matter, most of us aren’t so good at delivering them either. It’s a good bet that the “affectionate note” or “special treat” are the furthest things from his mind. It’s not that he doesn’t care, but his way of caring doesn’t involve the little touches.

Sure, things were a lot different when you were dating. When I met my wife I didn’t have a fraction of the obligations I have now. To some extent, my life used to be able to revolve around hers. Now my attention goes to my daughter…who commands a good deal of it…and to some extent I feel like I show love to my wife by being a good dad.

And it’s true with so many other things: a love letter has become emptying the dishwasher, a bunch of flowers has become taking care of all those projects in the yard. Not very romantic? No, I suppose not, but there you have it. 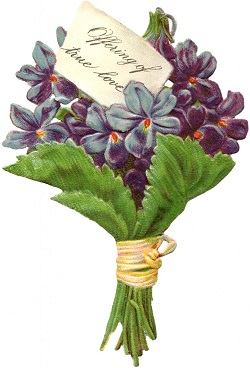 Would it be annoying if my wife asked me to write her little notes? Yes it would and here’s why: it would be akin to saying what I do isn’t good enough, but somehow a “little note” is. I think it would trivialize my affection rather than make it stronger. These trivial little touches would suddenly be on equal footing with the really important stuff.

Everyone likes to be treated in a special manner every now and again, but at the end of the day you have to ask yourself if you’re blessed with what you have. I’m not saying to stop dropping the little hints, but try to appreciate what the two of you already give to each other.

Discovering he’s helped your child with all their homework so you can do things together during the weekend may not be the same as having a surprise bouquet delivered to you…it’s much better when you think about it.

MAVERICK: The one problem with hinting is, if he’s paying attention it pretty much takes all the “romance” out of it, making the hint a demand he’s having to comply with to humor you.

And if he’s not paying attention, all the hints in the world won’t work.

First, when you say romance, I figure you mean a thoughtful or spontaneous display of affection. Something simple, like a love note or a more complex gesture, like dinner and a movie with him arranging child care. What we’re talking about here is pursuit – the guy making it clear he desires the object of his affection — namely you.

Lots of married women complain their husbands were really “romantic” while dating but it dried up after marriage. It’s pretty standard behavior. Typically this behavior is blamed on the guy. But if you think about it, the signals that triggered that pursuit behavior are likely missing as well. Men pursued their wives during courtship because they were both desirable and playful.

So, perhaps, if you like to be pursued and acknowledged, you might want to start the chase anew.

Do something surprising for him that he might enjoy — make him nachos while he’s watching a fight on TV or recommend you kick around that giant sporting goods warehouse store he loves on a slow Saturday afternoon. Offer a glass of iced tea after he comes in from mowing the yard and a back rub after he takes a shower. Arrange a dinner at his favorite place and surprise him afterward with a night that is worthy of a love note.

Actions like this make him feel valued, cherished, desired and are much more likely to get him to return the gesture, than nagging and guilt.

I’m not saying maintaining the energy and vigor in the relationship is all your responsibility, I’m just suggesting reminding the guy how lucky he is to have you with deeds not words. If you want to be chased, remind him how much fun it is to catch you.

To read more Inside His Head posts, click here.