Up until this week, I had never flunked a test. I was one of those kids in high school who poured herself into preparation because I didn’t want to disappoint myself, the teacher, or my parents. 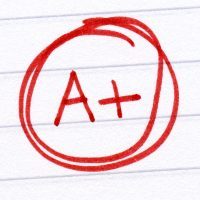 That academic devotion helped me get a scholarship to college, the first in my family to get there. I ramped up the dedication level even more once I moved to campus because I knew I had to maintain a high grade point average to keep that scholarship. During the week of final exams, my mother would often ship me a care package containing snacks, magazines and games along with a note begging me not to overdo it and push myself too hard. She knew my fear of failure could keep me up all night with my nose in a textbook, and she was worried I wouldn’t rest.

So, it’s more than a little ironic that, all these years later, the first test I ever flunked was one designed to measure how well I’m resting at night. Yesterday I got a letter from a sleep specialist who said I flunked my recent “sleep study,” which is an overnight test designed to figure out how many times you briefly stop breathing during the night. The letter said I stopped more than 100 times in one night, which means I really bombed this thing even though I wasn’t even conscious for any of it.

To be honest, the results weren’t a total surprise. Tom has been nagging me for years to do a sleep study, but I always found reasons not to do it. Then our daughter slept in my bed one night during a recent illness so I could take care of her if she woke up sick. But the next morning, it was me she was concerned about.

“Um, Mom… this is going to sound weird, but I think you might have choked during the night.”

She shook her head. “Probably not.”

Sometimes it takes a comment from your 13-year-old daughter to convince you to stop stalling and just admit that you sound like a buzzsaw on the fritz. 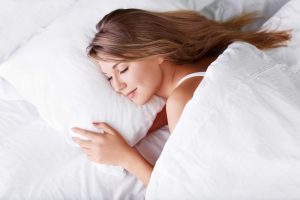 I didn’t want to face the ugly truth. I wanted to pretend I’m just like the beautiful women in movies who look like a modern-day Sleeping Beauty, snoozing serenely while the leading man looks on with adoration. Snoring is only supposed to happen to lumberjacks and burly truck drivers, right?

But there was no denying that, for most of the past year, I’ve been waking up in the morning feeling so tired that the first thought that crosses my mind is whether or not I have time for a nap.

And according to the doctor, sleep apnea can be genetic (both my parents have it), and it can also be caused by a small airway, which my dental hygienist often mentions when she has to use kid-sized tools to clean my teeth. Complicating things further, the doctor says women are more likely to develop worsening sleep apnea as they age, even more so than men, (which I say is supremely unfair).

But whether I like it or not, tomorrow I’ll go pick up the air machine the doctor prescribed, with the warning that it might take six months to get used to wearing it at night. I’m not looking forward to looking like I’m making out with a vacuum hose from the car wash. It won’t be attractive.

But these dark circles under my eyes aren’t so cute either. Neither is feeling bone-tired after a full night of sleep or worrying about what that cumulative lack of deep sleep might do to my long-term health.

So maybe if I do my homework and learn how to use the air machine (or find a different treatment that works), I can improve my dismal performance on the flunked test. Because I’d love to get an “A” for “awake” (and rested). Sweet dreams.