Ours is not what you’d call a “sports family.” We like to watch college football and basketball and our kids compete in a few swim meets during the summer, but we’re not hard-core about it. We don’t take the kids to a practice every day, and we don’t do travel teams. In the South, that almost makes us weird.

Most parents we know have the opposite situation. They’re constantly shuttling one or more kids to practice, and on weekends they go from one game or tournament to the next. During spring, there are some “baseball mom” friends I don’t see for months, unless I track them down at a ball field or a game gets rained out.

But last weekend we got a taste of what it’s like to watch an intense game from the sidelines. Tom and I helped chaperone 12 high school students on our son’s quiz bowl team to an out-of-town competition to play for the state championship.

When people ask us what sports or activities our kids are into and we say the words “quiz bowl,” most of them nod their head as if they sort of understand what we’re talking about but not really. They get the vibe that it’s nerdy and a little like Jeopardy, and then the conversation typically moves on to other subjects. 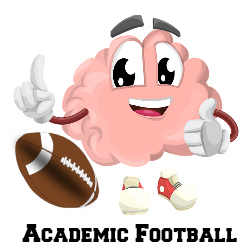 What they don’t realize is that a quiz bowl match is like academic football. It’s brain-to-brain combat, and only the smartest, most well-prepared team prevails. There are opportunities for individual players to shine, but the game is won or lost as a team – with two of the four rounds of the game dependent on team collaboration.

Each quiz bowl game has 70 questions, but the players and coaches have no idea what the questions will be. The topics can range anywhere from polyatomic ions to Oscar winners. So teams prepare by building a wide range of knowledge and learning how to “blitz,” which is what they call it when someone hits their buzzer and answers a question long before the entire question has been asked.

This weekend I was continually amazed when, after hearing only four to five words of a question, a player would buzz in and blurt out “General Douglas MacArthur!” and he or she would be right.

These players have no Google or Wikipedia pages to help them, and, like actual football, there are occasional fumbles – when a player buzzes in but then goes blank on the answer. There are also “extra points” and “challenges,” similar to what happens in football when referees review a play. In this game, knowledge, anticipation and rapid recall are as critical as strength, agility and endurance are in football.

And just like football or basketball, quiz bowl games can come down to a single play or buzzer beater. One match I watched last weekend was decided on the last question, tipping the victory over to the team whose score had mostly trailed up until those last few crucial seconds.

During our school’s final game, we didn’t win the state championship. The opposing team had more experience, speed and confidence. But the loss will make our team stronger and smarter next year, and I have a feeling that this year’s disappointment will lead to next year’s domination.

I’m glad I got a chance to get to know the kids on the team because they’re brilliant, quirky, incredible people headed for big things in life. I can’t wait to see the positive ways in which they’ll make their mark on the universe someday.

Just when you worry that the world is turning into a Kardashian-loving cesspool of self-indulgence, you meet teenagers who make you realize that the next generation has plenty of promise. It has people who love to learn, compete and excel – people who are as kind as they are intelligent. And that’s a combination that makes me feel infinitely better about the future.