Of all the questions Americans grapple with, there’s one that pops up more frequently than the rest: “Where do you want to go eat?” 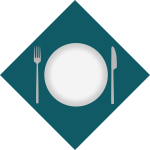 Deciding should be easy. There are plenty of restaurants to choose from. But when two or more people are involved in the restaurant-picking decision, things can easily go off the rails.

The problem has everything to do with “food moods.” Finding two people in the mood for the same food at any given time is tricky. The more people you have in the car, the harder it is.

I’ll demonstrate with the following conversation:

“Where do you want to go eat?”

“I don’t really care. What do you want?”

“I’m kind of in the mood for Italian. Maybe Olive Garden?” 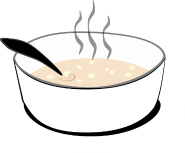 “Hmmm. I don’t want anything that heavy. What about that little café downtown?”

“No, they don’t have soup, and I’m in the mood for soup. I thought you said you didn’t care where we go.”

“I don’t! I just don’t want something heavy because then I’ll be sleepy all afternoon.”

“So what you’re saying is that you do care.”

“No, I just didn’t want that one particular place. Any other place is fine. How about McAlister’s? They have soup.”

“No, I didn’t like it the last time we were there.”

“No, not if you don’t like it. Name some other place.”

“Okay, how about that place on 14th Street – the one with the bread we like.” 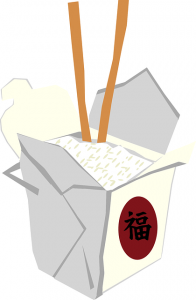 “Yeah, but remember how long it took to get our food last time? I’m not in the mood to wait. How about that little restaurant next to it with the fried rice? They have egg drop soup.”

“I’m not really in the mood for Chinese. We’ve passed a half a dozen restaurants already. Just pick one.”

“I told you I don’t care where we go. You’re the one that has to have soup today!”

“I didn’t say I had to have soup. I just said I was in a soup mood, and Olive Garden has that one with the sausage in it.”

“I’m not asking you to eat sausage! They have a big menu.”

“Oh, for goodness sake. Let’s go get your soup, and I’ll eat a salad or something. But we better not have to wait forever.”

“We would’ve already been there if we hadn’t been driving around talking about it for 10 minutes.”

“How was I supposed to know you were going to be so picky?”

Why does picking a restaurant feel only slightly less complicated than the tax code? When you add a few kids into the conversation, it might be easier to just stay home and eat cereal.

But now and then when the stars align, we’re all in the same food mood and we agree on a place faster than you can say breadsticks. And I say the restaurant wars are more than worth it just to avoid doing the dishes.