About seven years ago – before I had teenagers of my own – I got an opportunity to interview a child psychologist for an article I was writing. During the interview, I asked the doctor for tips on how parents could better relate to teenagers. What he said stuck with me: “Parents need to remember that almost all teenagers have the same number one fear, and it influences nearly everything they do and say.”

“What’s the number one fear?” I asked. 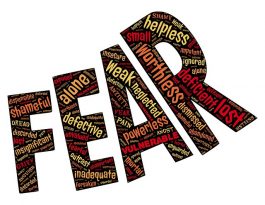 “Embarrassment,” he said, matter-of-factly. “They’ll do almost anything to avoid it.”

It sounded simple enough at the time, and, more importantly, it rang true. I could remember being a teenager myself and thinking that a root canal without anesthesia would have been preferable to tripping on my way up the gym bleachers during a pep rally. (Thankfully, I went to high school before moments like that were routinely captured and shared on YouTube for the entire Google universe to see. Today’s teens aren’t so lucky.)

But it wasn’t until my own kids began to morph into teenagers that I realized there’s more to this story. Not only do teens live with a stifling fear of embarrassment and ridicule, they also have defense mechanisms to guard against the somewhat routine humiliations that come along with being a teenager (or enduring any major transition in life). It’s these defense mechanisms – the intense moodiness, the snark, the unexplained anger – that make teens so tricky to live with at times.

Enter the hagfish. Last week, I stumbled across a weird little tidbit of information about it. I’d never heard of it before, but apparently the hagfish is an awkward-looking, grey creature with no eyes that smells bad and produces large amounts of sticky slime, which exudes from pores all over its body when it feels threatened. 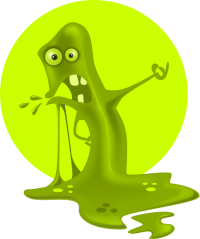 The hagfish is not particularly vicious. It just wants to feel its way along the sea, mind its own business and not get eaten by a bigger fish. But when it senses the approach of a predator, it releases a big gush of slime that mixes with sea water and instantly becomes thicker, clogging the gills of its attacker. The predator, which assumed it was about to enjoy a nice hagfish snack, ends up choking to death on what is essentially a big blob of super strong snot. (Sorry about the mental imagery.)

But sometimes the hagfish produces so much killer slime that he, too, gets caught in his own glob. So what does he do? He ties himself in a knot and pushes the knot down the length of his rope-like body to scrape off the slime and swim away.

Many of you will understand why this story about the defensive hagfish reminded me so much of teenagers and the perils of parenting them successfully. Who among us has not accidentally poked a teenage hagfish and then barely escaped with our sanity?

Teens experience their fears (and every other emotion) more intensely than the rest of us do. Their world is smaller, and their perspective is limited. They can’t always see what’s up ahead. They are simply feeling their way along a vast sea of emotions, much like the hagfish. And it’s common for that developing, fragile ego to get spooked and react without thinking.

Sometimes teens spew out a big blob of overreaction (or icy aloofness or disrespectful disdain) and then retreat to the safety of their rooms. While their parents struggle through the messy aftermath, the teen ties himself into an emotional knot, smoothes it out somehow, and eventually emerges unscathed by the whole experience.

So to my fellow parents, maybe this means we’re not necessarily doing it all wrong. And even on their moodiest days, our teens don’t hate us. It’s just that they’re part hagfish. (In truth, we probably all are.) And sometimes we’re going to get slimed.

All any of us can do is navigate an often-scary world, despite our fears, and just keep swimming.