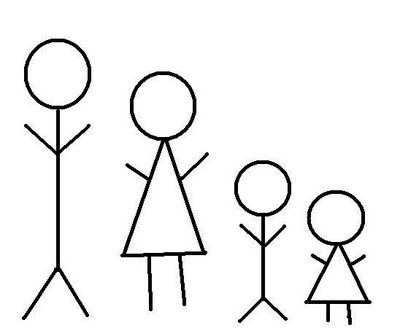 From the moment I found out Moxie was coming I wondered how – or if – she and her big brother would relate to one another. They are four and a half years apart in age, after all. Mojo has his own interests, his own friends, his own toys, his own life, and Moxie is just figuring out who and what she is.

But they do relate. Of course they do! And it amazes me.

I adore watching her gaze adoringly at her big brother, and I love watching him love her loving him. He won’t readily admit that he loves her back, but it’s [sometimes ; )] evident in the way he acts that he absolutely does. I’ve seen him beam with pride when Moxie and I walk him to class and one of his friends asks if she’s his sister. And when Moxie just can’t contain her affection and she hugs him and pats him on the back with no prompting from anyone just because she’s happy he’s there, my heart swells and it’s all I can do to keep from giggling like a nut.

Yep, they fight, too, but those flare-ups are usually short-lived. So far, anyway. I have a feeling that could get vicious in the future. Moxie, who is in roughly the 7th percentile for weight, usually wins the battles. Petite, schmetite. She’s tough.

The adjustment from being able to cater to my firstborn’s every whim to having my arms full of a second baby has been a challenge. I’ve spent the last year thinking that life would be so much easier when Moxie could walk. Then, I thought, my arms would be free to help Mojo with whatever he needed, free to hug him, tie his shoes or button his pants, twist open containers, play with superheroes, dig in the sand and give him a lift when he gets stuck on top of the monkey bars at the park. I still did some of those things, you know, but I usually felt like I was only halfway involved because I only had half of my arms free to do them.

I’ve spent a lot of time worrying that Mojo feels neglected, like he felt like he’d gotten the shaft now that there’s a new kid in the house. Truth is, I think Moxie gets short-changed a little more than he does. I almost forget sometimes that it’s OK to go back to nursery rhymes and sing-songy games, maybe because I’ve been there and done that and somewhere in the back of my mind I feel like she did, too. She didn’t, obviously – this is all new to her – and I’m working hard to make sure she gets to now, but I still have remind myself of that focus.

I feel like I’ve wished away part of her babyhood, but that’s not really the case. I did – do – enjoy nursing her (still), holding her, rocking her, playing with her and carrying her on my hip, and probably will get a chance to enjoy it for some time to come. She likes that kind of thing, and she’s not shy about demanding it.

Moxie’s doing the Frankenstein walk these days – taking those first wobbly steps with her arms stuck awkwardly out to help her balance or steadying herself by holding onto my fingers – and I’m wondering how I’ll manage when she’s fully mobile. She’s fast on all-fours, and she started climbing way before she even attempted to get on her feet. I have no doubt she’ll break into a run in no time.

I guess it’s a good thing there’s such an age gap between my babies. Mojo will likely want to go one way

while Moxie goes another, but at least Mojo is old enough to understand boundaries.

I longed for two babies for almost three years before I found out I would be having Moxie, and I am beyond thrilled to finally have my happy, healthy family of four. Our baby girl has completed us in ways I never could have imagined.