Yesterday while we were on our way to the grocery store, I asked the kids what they wish grown-ups understood about being a kid. It was 6-year-old Kate who spoke up first, and three of her tips are good advice for parents but also wise words to live by, no matter who you are.

Number 1: Do what you say you’re going to do.

Kate explained it this way. “You know when you say to your kid that you’re going to go do something, and then the kid gets really, really excited about it? And sometimes if you change your mind and say that you’re not going to do that thing 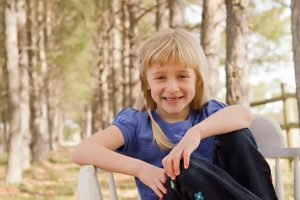 anymore, the kid might get upset because she has been so excited about doing that thing for a really, really long time? It might make the kid mad or sad. Parents shouldn’t do that.”

To be fair, the “really, really long time” that Kate was talking about can be as short as a couple of hours when it comes to a 6-year-old’s perception of time, but her overall point is still valid. In a world where flakiness has become epidemic, standing by your word makes you different in a good way.

Call when you say you will. Show up when you’ve promised. Follow through on what you begin. And most of all, mean what you say. (And never ever change your mind about taking little kids to the park. That’s just not cool.)

Kate said it exactly that way, “Don’t be harsh with your kids.” It was one of those cringe-worthy moments when I wondered what harsh words I’ve spoken to her that I wish I could take back.

The truth is that almost all of us are unnecessarily harsh sometimes. We forget that inside each of us – no matter what the age – is a 6-year-old child whose spirit will be wounded by harsh words and reactions. A child doesn’t blow off our temporary bad mood or outburst as “no big deal.” All they know is that it hurts. In everything we do and say, our mantra should be “don’t be harsh.”

Number 3: Sometimes things will get messed up.

Kate’s version of this rule went like this: “You know when kids are little, they don’t know that they shouldn’t break stuff. So you’ve got to put away stuff so they won’t accidentally break it. But if they do find it and it gets broken… well, you should tell parents that sometimes their stuff might get messed up.”

Excellent point, sweetie. And it goes way beyond fragile trinkets around the house. In any kind of life, things will get messed up. Sometimes it’s things, and sometimes it’s plans, hopes, dreams, jobs, health or relationships. There’s no foolproof way around life’s messes. They’re inevitable. Even kindergartners know it.

So you protect what you can and deal with the rest, realizing that “stuff might get messed up” from time to time.

By the time we reached the grocery store, I felt like I’d just had a chat with a pretty good little therapist who’s clear on some of life’s basics: Do what you say you’ll do; Don’t be harsh; and know that sometimes things will get messed up.

Who needs a self-help book when you’ve got a kindergartner to show you the way? 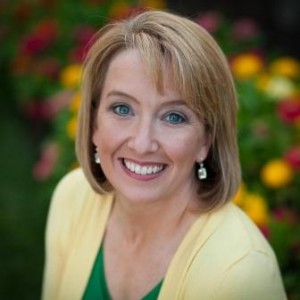