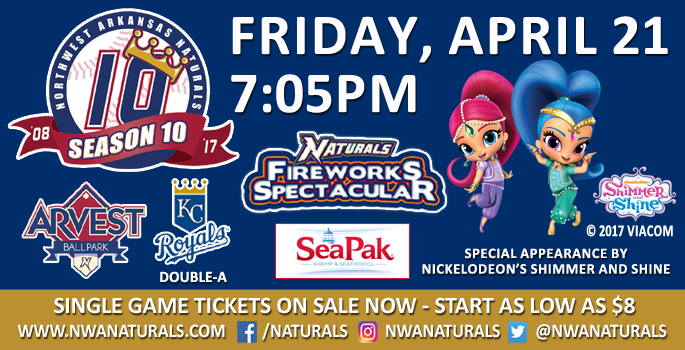 Note from the mamas: We partnered with the Northwest Arkansas Naturals to bring you this sponsored post about an opportunity to see Shimmer and Shine at this week’s baseball game. 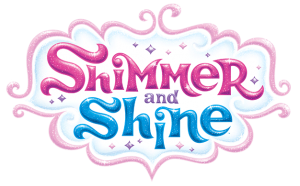 Mamas, mark your calendar and grab a ticket because your little ones would LOVE this event. On Friday, April 21, 2017, the Northwest Arkansas Naturals will play the Tulsa Drillers at the Arvest Ballpark in Springdale. During the game, there will be a special appearance by Nickelodeon’s Shimmer & Shine! After the game, there will be a fireworks spectacular with Popular Player Walk-Up Songs (sponsored by SeaPak).

The first 750 kids who come through the main gates will receive a ‘Shimmer & Shine Teenie Genies Surprise Bottle’ toy, courtesy of Nickelodeon.

The first 20 kids who check in at Guest Services and use the code ‘Shimmer & Shine’ will receive a Naturals prize pack consisting of a Teenie Genies Surprise Bottle toy, 4 tickets to the Naturals game on April 27, and a surprise giveaway item.

During the game, fans will have the opportunity to pose for pictures and interact with Shimmer & Shine at various times on the concourse.

GET TICKETS: Tickets for the game on Friday, April 21 range from $7 – $13 when purchased in advance at the Arvest Ballpark Box Office.

See you at the ballpark this Friday!