The other day I watched my 14-year-old daughter text her best friend, and I realized something. Generally speaking, a person’s age is a direct correlation of their texting speed.

Like my daughter, I text my friends often, too. And I’ve been using a smartphone for a lot longer than my kids. But somehow, her texting speed is easily ten times that of my own. Her fingers move at warp speed. My fingers move at the speed of a rusty bicycle. It’s embarrassing. 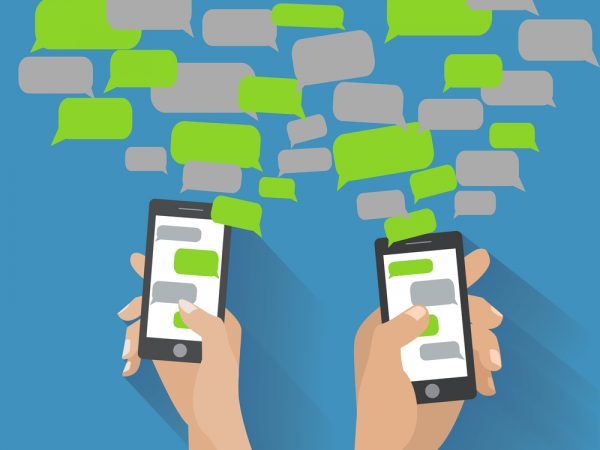 Part of the problem is that I’ve never mastered the two-handed method when it comes to smartphone typing. Give me a traditional computer keyboard, and I’m practically a Lamborghini, thanks to all the practice I’ve had typing essays these past 20 years. But there’s something about the smartphone’s squished keyboard that turns me into a turtle, pecking away with one feeble finger.

But Kate can do it without even looking. Her favorite method for blistering fast text conversations is to use the “swipe”’ method, which means you drag your finger from the first letter of a word to the next letter until the phone anticipates which word you’re trying to type and finishes the job for you.

She does this so instinctively that she could probably type out every word of the Constitution and send it to her friend before I could even finish typing “We the People of the United States…” Even then, I’d probably have to go back and revise the phrase because inevitably the phone would autocorrect to “untied” instead of “United.”

I could write a whole separate column about how creepy it is that smartphones have become so good at anticipating the words we’re about to type, but I won’t get into it. I try not to think about it too much, even though I’m sure the phone is thinking about it for me and will probably serve up a few ads for related products and services the next time I look at it.

Some of my friends say they’ve solved their own slow texting problems by using the “voice to text” feature on their smartphone. This feature lets you speak into the phone’s microphone, as if you’re dictating a message to your own pocket-sized secretary who then types it for you. I’ve tried doing it this way, and sometimes it works. But more often than not, the phone misunderstands my Southern accent, which means I have to make corrections anyway before I hit “send.”

I tell myself that, although I’m much slower than my teenage daughter, at least I can still impress my 76-year-old mother. She regularly hands her phone to me and asks me to “make it do” this or that. It’s usually something basic like finding her home page on Facebook where she has stashed a recipe for lemon angel food cake bars. Or she’ll want me to make the font size bigger so it’s easier to see. I fix it and hand it back to her as if it was as easy as breathing, which she finds maddening since she’d tried so hard to do it herself.

The other day, Kate and I were in my mom’s kitchen. Freshly vaccinated and enjoying her newfound freedom, Mom said she was going to the grocery store and asked if I wanted her to pick up anything for my kitchen while she was there. I did need a few things, so I said I’d text her a message so she could just look at her phone when she got there and see the list. Then I handed my phone to my 14-year-old kid and said, “Text the following list to your Memaw: Milk, Saltines, butter, sugar and paper towels.”

My mom practically doubled over with laughter when she realized I’d had to get my own kid to help me do something quicker on a smartphone.

Mom (laughing and pointing): “Look! You need help from your kid, too! This is great! I love it. I feel so much better now.”

Me: “I could do it myself, but she’s just faster than me. That’s all.” 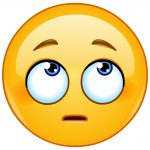 Then my 14-year-old daughter rolled her eyes and handed the phone back to me, having already texted her Memaw the grocery list.

She probably also texted her every word in the Constitution, just because she had an extra minute or two. Sometimes age is truly humbling.